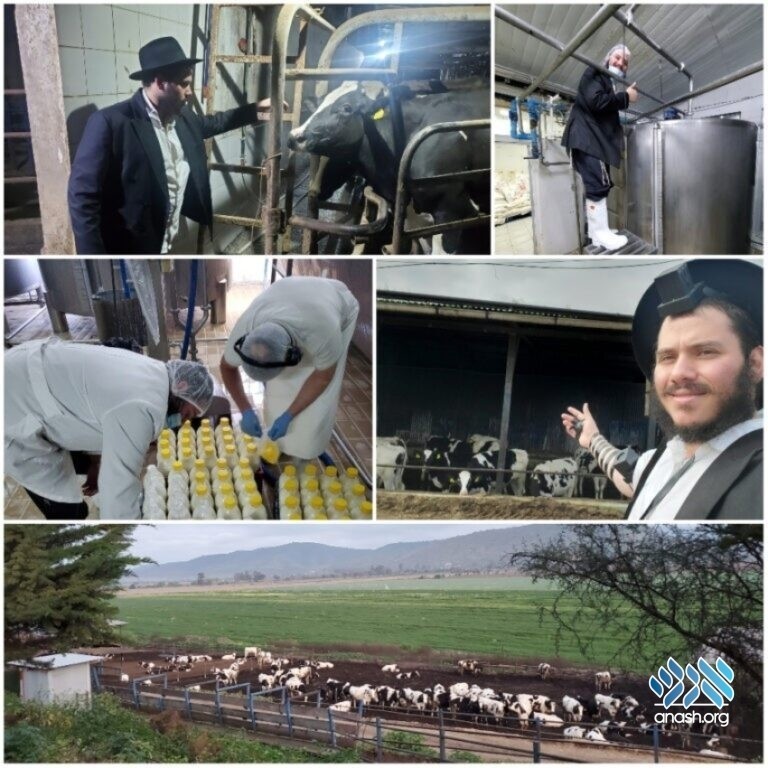 The production of cholov yisroel products in Chile, initiated by the local shluchim was increased to allow a growing number of people to access them.

In honor Rosh Hashana and the new year of 5783, a new initiative has begun in Chile. Chief Rabbi of Chile, Rabbi Menashe Perman and his son-in-law, Rabbi Ishai Libersohn aim to increase the number and varieties of Cholov Yisrosel cheese sold in local stores across the country.

For fifteen years Rabbi Perman has held three weekly Cholov Yisroel milkings on Tuesdays, Wednesdays, and Thursdays. Cholov Yisroel runs of cheese have increased in honor of Elul to help their community prepare for Rosh Hashana. In response to this minhag Rabbi Perman and Rabbi Libersohn have produced more Cholov Yisroel and Israeli cheeses which will be marketed to the local stores, to supply the Jews in the entire country.

Eliyahu Ezagui, of Crown Heights, who is visiting Chile to hold a shechita run, shared, “from the milking until it reaches the factory to make the cheeses and milk, there are pipes that are special only for kosher. We are talking about machines worth thousands of dollars that are only for Cholov Yisroel milk, and everything is done with constant supervision.”