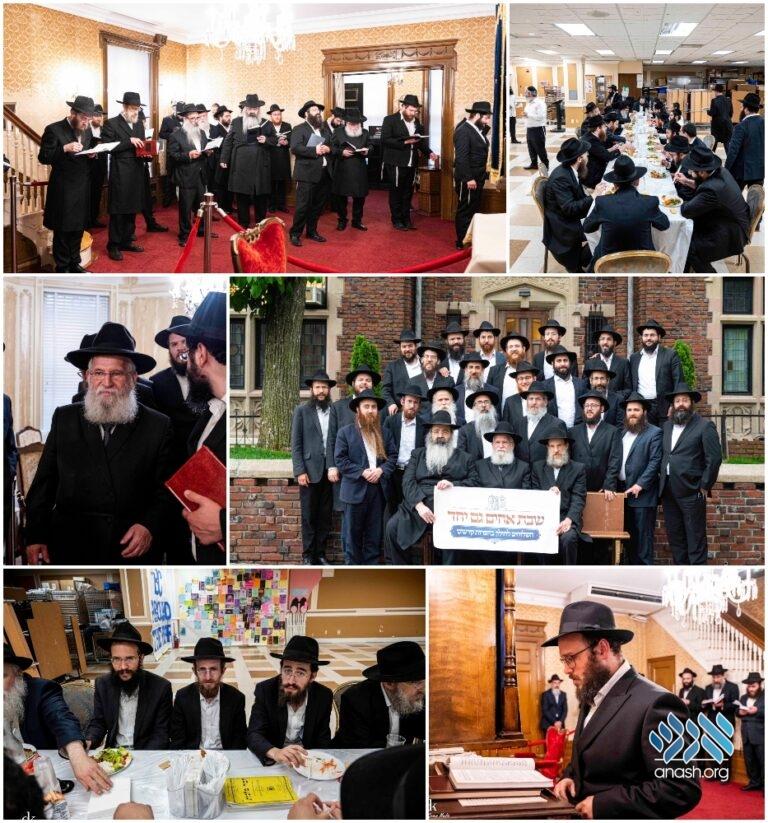 The shluchim to Cholon, Eretz Yisroel, traveled to New York for a joint Kinus Hashluchim Shabbaton, with visits to 770, the Rebbe’s home and the Ohel.

The shluchim to Cholon, Eretz Yisroel, traveled to New York for a joint Kinus Hashluchim Shabbaton this week.

The group included all the Shluchim to the city of Cholon, headed by head shliach Rabbi Yochanan Gourarie. The group also included shluchim who had just recently moved out on shlichus, with the newest shliach only having moved to Cholon just a number of weeks ago.

The group flew in together for a full weekend of programs, including visits to 770, the Rebbe’s home on President Street and the Ohel.

On Friday, the shluchim took a group photo in front of 770, before heading to the Rebbe’s home to daven mincha.

They then traveled to the Ohel, where they spent the Shabbos, utilizing the day to daven, learn and farbreng.