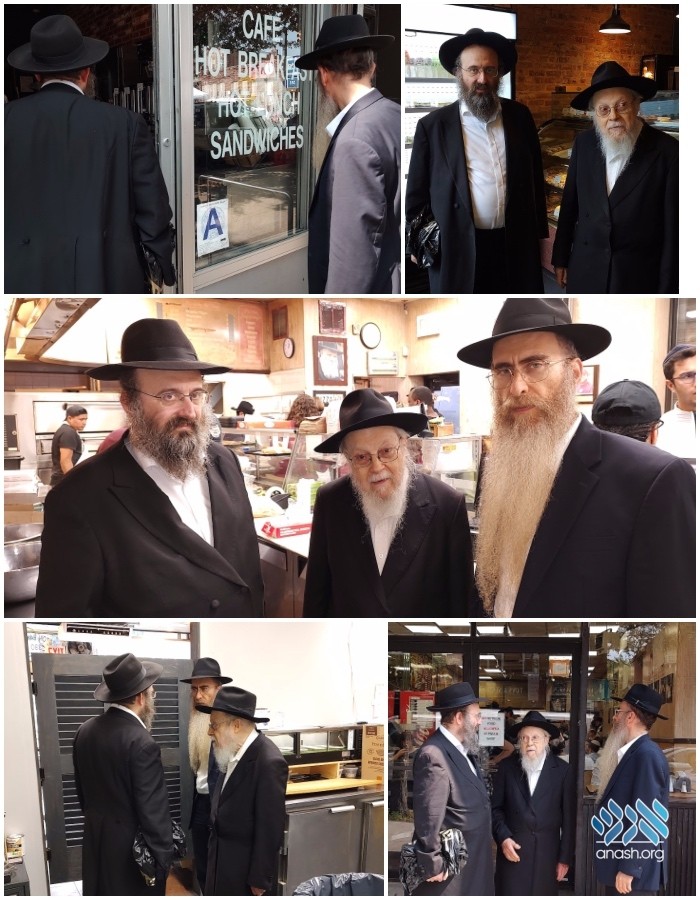 The Vaad Hakashrus of Crown Heights has announced the appointment of Rabbi Yosef Kirszenberg as Director of Kashrus.

The Vaad Hakashrus of Crown Heights has announced the appointment of Rabbi Yosef Kirszenberg as Director of Kashrus. Rabbi Kirszenberg comes to the CHK with decades of experience in the Kashrus world, having worked for the OK, the OU and other respected Kashrus organizations.

After the Beis Din approved the appointment, Rabbi Kirszenberg met with the members of the Beis Din, Horav Osdoba shlita and Horav Braun shlita to review policies and to learn their expectations for the operation of the hechsher.

Chairman of the Vaad Hakashrus, Rabbi Yaakov Spritzer, welcomed Rabbi Kirszenberg to the team, where he joins veteran CHK supervisor Rabbi Berel Levertov.  “We are very excited about the professional approach that Rabbi Kirszenberg brings to CHK,” said Rabbi Spritzer.

Rabbi Spritzer also thanked the other members of the Vaad, Rabbis Michoel Chazan and Rabbi Yosef B. Spielman for their work, as well as Vaad Hakohol Chairman Zaki Tamir and business leader Chaim Piekarski for their assistance.

Rabbi Kirszenberg said that he is looking forward to working with the business owners, mashgichim, and the community to continue to ensure the highest standard of Kashrus throughout Crown Heights.

The Vaad also released a preliminary list of establishments and products under CHK supervision.