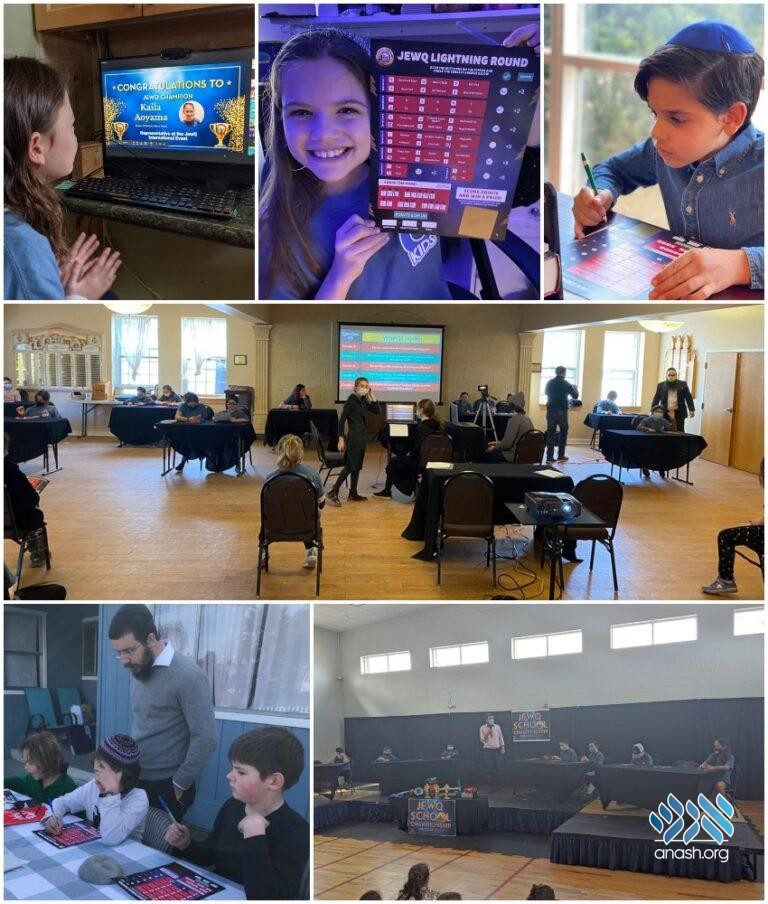 Over 900 children from 93 cities around the world competed in the third-annual JewQ Regional Championships held in many local communities for Hebrew School students.

Countless hours of study, 4 months, and 3 tests later, Hebrew School students from 93 cities across the globe gathered to participate in the JewQ Local Championships. Some schools got together with other schools to compete in regional championships, while others held local events for their schools.

Although the events varied somewhat, they all began with a game show, where the contestants were excited to show off their Jewish knowledge that they accumulated in the last months. They proceeded to add up their points and scratch off their cards to reveal a prize. The students were then split up into teams for a grand game of Family Jew’d. An award ceremony followed, recognizing all the hard work put in by the contestants, and the program concluded with the instating of the Ultimate JewQ Champion from each school.

“The energy in the room was incredible,” says Rabbi Mendy Cohen from Main Line, Pennsylvania. “The kids were all very invested and having a blast.” Shluchim who ran the program virtually reported the same energy and excitement.

Hundreds of children joined the virtual Long Island regional championship, which was conducted from a studio. The Maryland event, which also saw many Zoom participants, included many children from small town Hebrew schools, who would not have had an event of their own.

Adriana C from Georgia, who lives 3 hours away from the closest Chabad Shliach, can’t stop thanking CKids for her boys’ Jewish involvement. “They had a blast at the virtual JewQ Championship. My son even said, ‘It was the best day of my life!’ ”

Kids love learning because “they’re part of something bigger,” says Rabbi Mendy Kotlarsky, executive director of Merkos 302, CKids parent organization. “They are learning the same thing as thousands of kids living all over the world.” The fourth and final test will be held on March 21st when the top 3 students from each school will be competing for the title of International JewQ Champion.

Pulling this all off during COVID times has not been simple. “The shluchim and shluchos have really stepped up and been very creative to make it all work,” says Mendel Raskin, JewQ Director.

“It’s all paid off,” says Rabbi Zalman Loewenthal, director of CKids. “The feedback just keeps pouring in from all the shluchim who have seen amazing success. The kids are totally pumped about this program, even spending their free time learning.”