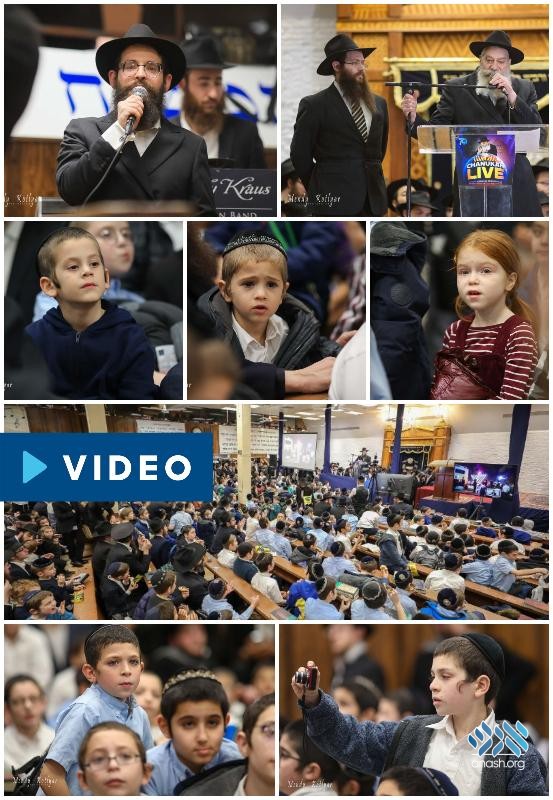 Children and their parents gathered in 770 on Sunday for a ‘Chanukah Live’ rally, where the 12 pessukim were said by children around the world, followed by the viewing of Menorah lightings in many countries around the globe.

Children and their parents gathered in 770 on Sunday for a ‘Chanukah Live’ rally, broadcast from numerous locations around the globe.

The program began with the 12 pessukim, each one said by a child in a different country. The pessukim were followed by a Sicha of the Rebbe, said by Chanukah Live 5752. A video was then played of Chief Rabbi of Tzfas Rabbi Shmuel Eliyahu, whose father, Rabbi Mordechai Eliyahu spoke at Chanukah Live 5752. Rabbi Eliyahu spoke about the message of Chanukah and told the children to always increase in spreading light.

Concluding the event was the lighting of the menorah in 770 and a rousing ‘Haneiros Halalu’ sung by all the children present and accompanied by a three peice band.