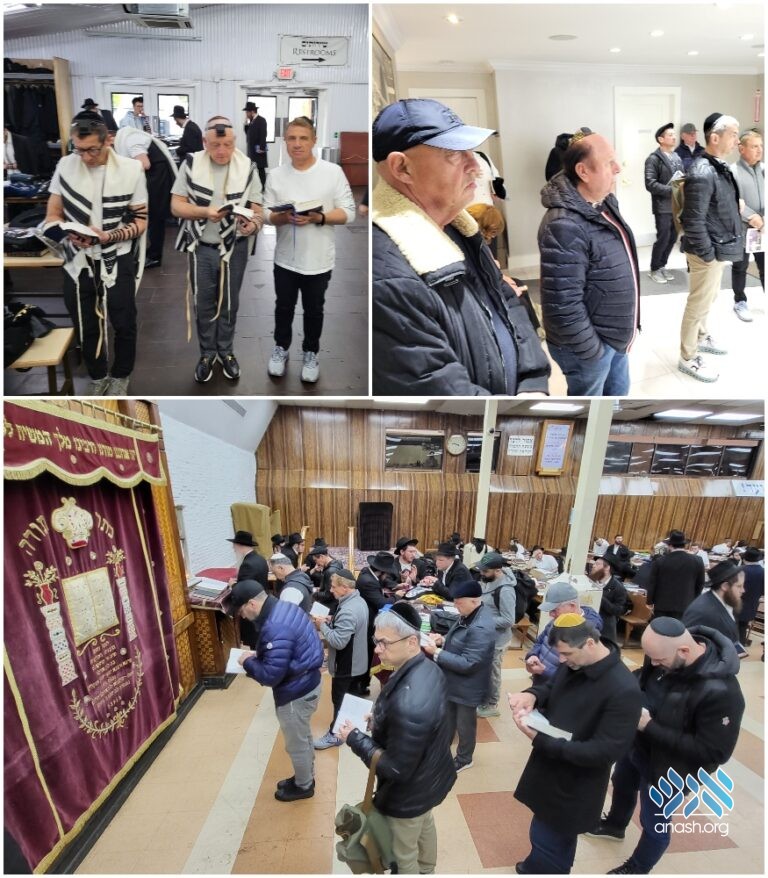 A group from FREE of Chicago visited New York on Sunday, ahead of 11 Nissan, with their Shliach Rabbi Shmuel Notik, who pointed out something very special about the group.

A group from F.R.E.E. in Chicagoland arrived at the Ohel and 770 on Sunday, Beis Nissan. This community trip organized by Shluchim, Rabbi Shmuel and Shternie Notik of FREE of Illinois, wrote panim, davened at the Ohel and the Rebbe’s room. The participants were noticeably moved by the experience.

“We bring groups to the Rebbe regularly,” Rabbi Notik said, “and in honor of Yud Alef Nissan 120 we made an effort to organize an extra special trip.”

“It was especially meaningful to see that a number of those who came with us in the past brought their families along. It demonstrates the power of bringing a Yid to the Rebbe. Even people who are so far from Yiddishkeit are affected to the point that the next time they become the “Shluchim” to bring others along,” he said.