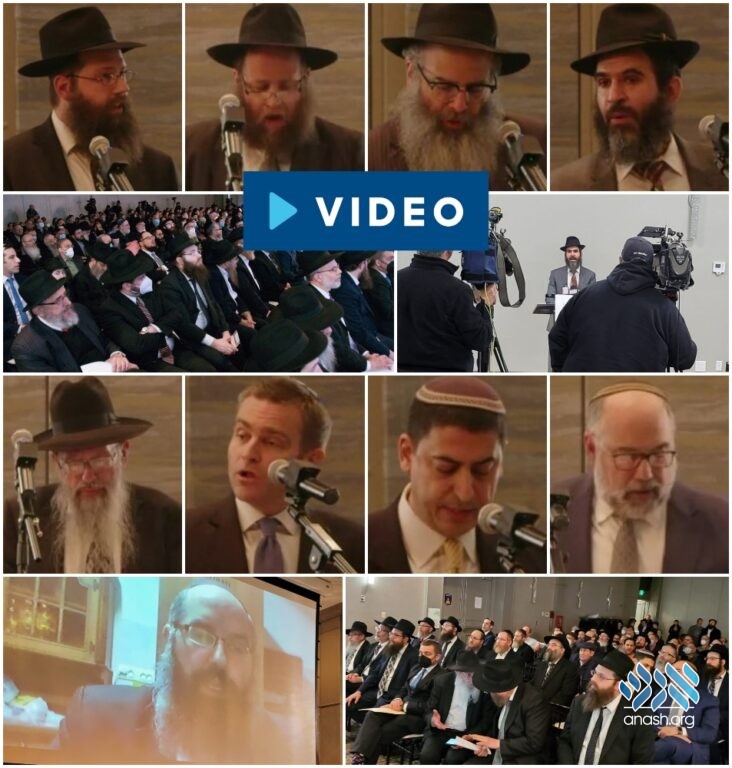 The wider Jewish community of Chicago joined together for a gathering of tefilla and inspiration in merit of the Jews of Ukraine, organized by shluchim to the greater Chicago area.

The wider Jewish community of Chicago joined together on Monday for a gathering of tefilla and inspiration in merit of the Jews of Ukraine, organized by shluchim to the greater Chicago area.

Over 600 people joined the event in person at the Holiday Inn in Skokie, IL, and 1,200 more joined virtually. Shluchim and Rabbonim let Tehillim and heard words of inspiration, followed by the highlight, a live report from Chabad Rabbi Yechiel Levitansky of Sumy Ukraine. Organizers noted that Rabbi Levitansky’s grandparents fled from Ukraine 100 years and settled in Chicago, and as such the event was the closing of a circle.

The evening was emceed by Rabbi Baruch Epstein, with opening remarks offered by Rabbi Meir Moscowitz.

Greetings were then delivered by Mr. Lonnie Nasatir; President of the Jewish Federation of Chicago.

The assembled then heard from Rabbi Yechiel Levitansky, Shliach from Sumy, NE Ukraine, who spike via livestream, followed by Rabbi Levi Notik, Director of FREE of Chicago addressed the audience in Russian.

Shlucha Mrs. Mushka Gurevitz, herself a native of Ukraine, met with the media and described her fear and resolve as her parents, Shluchim in Ukraine are working tirelessly to provide for their community members.

Ukraine is a thriving country and in one moment people are left homeless, destitute and unsure if they can ever return home. Many of the residents are Holocaust survivors who endured seven decades of communist oppression and finally thought they were free only to be on the run again.