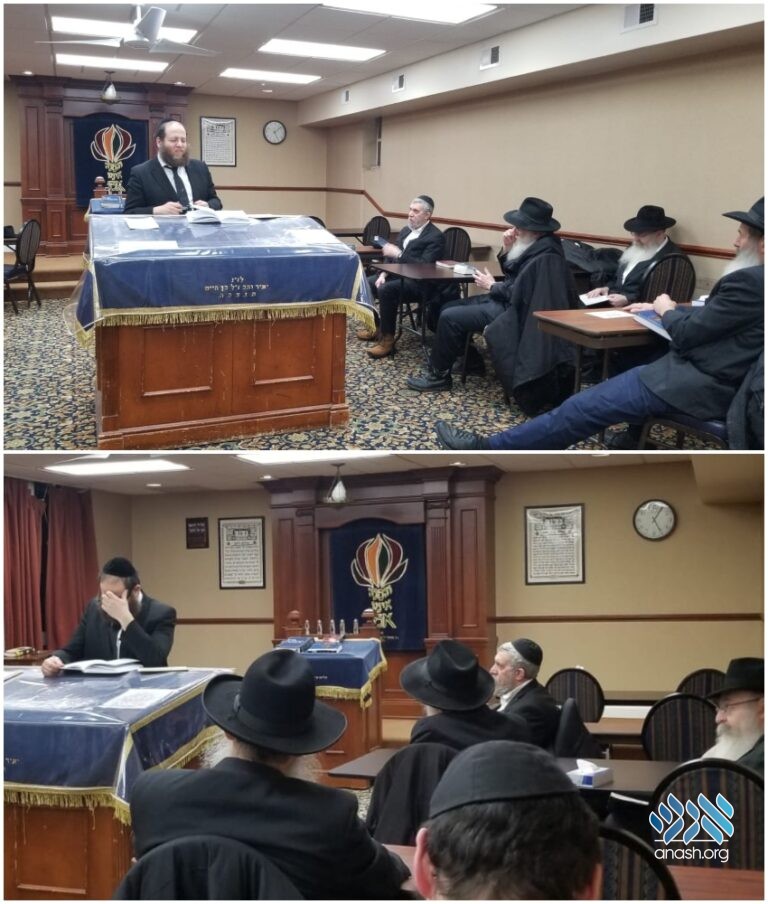 Members of the Chabad community in Chicago gathered Sunday at Congregation Bnei Reuven to study Kuntres Bikur Chicago, containing the sichos and ma’amarim the Frierdiker Rebbe said during his week-long visit in 5702.

The learning began at 4:40 PM, the exact moment the train carrying the Frierdiker Rebbe from New York pulled into Union Train Station in Chicago, Illinois, on 7 Shevat 5702.

The Frierdiker Rebbe’s week-long trip was focused on inspiring and strengthening the local Jewish community and furthering its commitment to Jewish education.

This was the Frierdiker Rebbe’s second visit to Chicago. The first was on 11 Shevat 1930, as part of a whirlwind tour of Jewish communities across North America.

Rabbi Baruch Hertz, rov of the Chabad community in Chicago, taught the maamer B’tach Ba’Hashem, which the Frierdiker Rebbe said at the reception held in his honor.