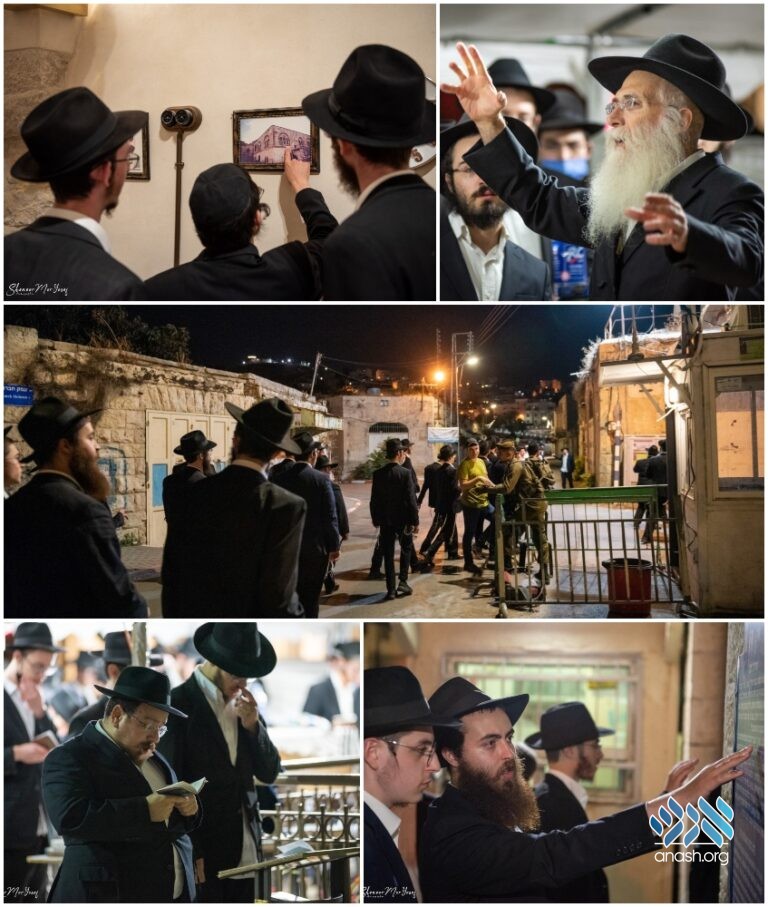 The bochurim and hanhala of Yeshivas Toras Emes paid a special visit to Chevron, where the Rebbe Rashab founded the yeshiva 110 years ago. They visited the city’s holy sites and heard about the history of the yeshiva.

110 years after Yeshivas Toras Emes was founded by the Rebbe Rashab in Chevron, the bochurim and hanhala of the Yeshiva, currently located in Yerushalayim, paid a visit to the city to recall the Yeshiva’s history and visit the city’s holy sites.

Yeshivas Toras Emes was founded by the Rebbe Rashab in 5673, to create a center for the study of Chassidus in Eretz Yisroel. A group of seven bochurim were sent from Russia to help found the yeshiva. During WWI, when the Russia, where the Lubavitcher bochurim were from, fought with Germany, which was supported by the Turkish Ottomans, who were then in control of Eretz Yisroel the bochurim were expelled back to Russia, and the Yeshiva closed. In 5681, the Yeshiva was reopened in Yerushalayim, where it remains until today.

To mark the 110th anniversary since the yeshiva was founded, the yeshiva paid a visit to Chevron, in a trip led by Rosh Yeshiva Rabbi Avrohom Lapidus, Rabbi Tuvia Zilberstrom – Rov of Shikun Chabad, Yerushalayim, and the yeshiva’s mashpi’im.

The bochurim first visited Me’aras Hamachpela, where they heard an overview of the Frierdiker Rebbe and Rebbe‘s teachings and fondness for the site. They then davened ma’ariv, established by Yaakov Avinu, who is buried at that very spot.

From there the yeshiva went to ancient Chabad shul known as “the Mitteler Rebbe’s Shul”, located in the Avraham Avinu neighborhood.

The yeshiva’s final stop was the Beit Romano building, the site of the yeshiva’s original location. The building, purchased by the Rebbe Rashab for the yeshiva, was the personal property of the Rebbe Rashab and Frierdiker Rebbe. A number of years after the Six Day War, it was redeemed and returned to the ownership of the Rebbe. Currently, it houses Yeshivas Shavei Chevron, where nearly 400 bochurim study every year.

The bochurim were given a tour of the building, and heard from the hanhala members about the special connection the Rabbeim and Chabad chassidim had to Chevron in general, and to the building in particular. They then sat down for a farbrengen, which continued until the late hours of the night, before heading back to Yerushalayim.