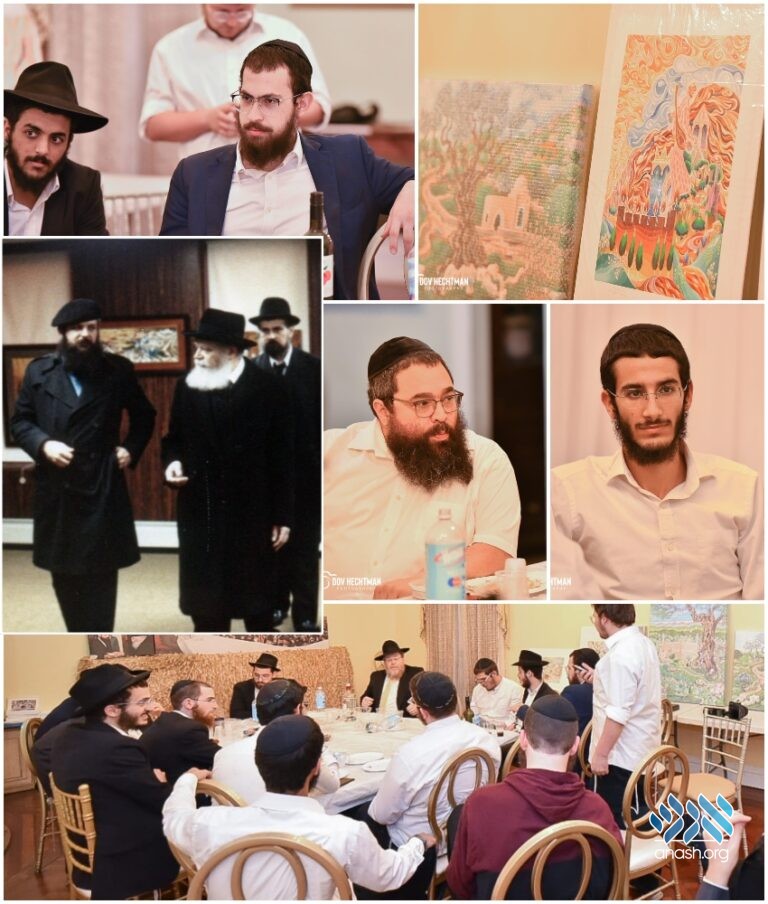 A farbrengen was held on Wednesday night in Crown Heights to mark the shloshim of R’ Baruch Nachshon, a renowned artist who was guided by the Rebbe toward creating Jewish art.

A farbrengen was held on Wednesday night in Crown Heights to mark the shloshim of Chassidic artist R’ Baruch Nachshon, whose uplifting artwork adorns many homes.

Joining the farbrengen, held in the Rubashkin House, were friends and admirers, and those who had seen and been inspired by his unique style of artwork.

As a young artist, Nachshon was guided by the Rebbe toward creating Jewish art, and he even paid for his studies at the School of Visual Arts in New York City.

During one of his visits to the Rebbe, the Rebbe offered to make an exhibit in 770 Eastern Parkway. The Rebbe was the first to visit the exhibit, closely studied each piece of work, and offered his suggestions.

Mr. Nachshon went on to create a unique genre, depicting mystical concepts and fantastical scenery. “I don’t copy the styles of the world,” the artist says. “For me, all the inspiration comes from the point of inspiration—heaven.”