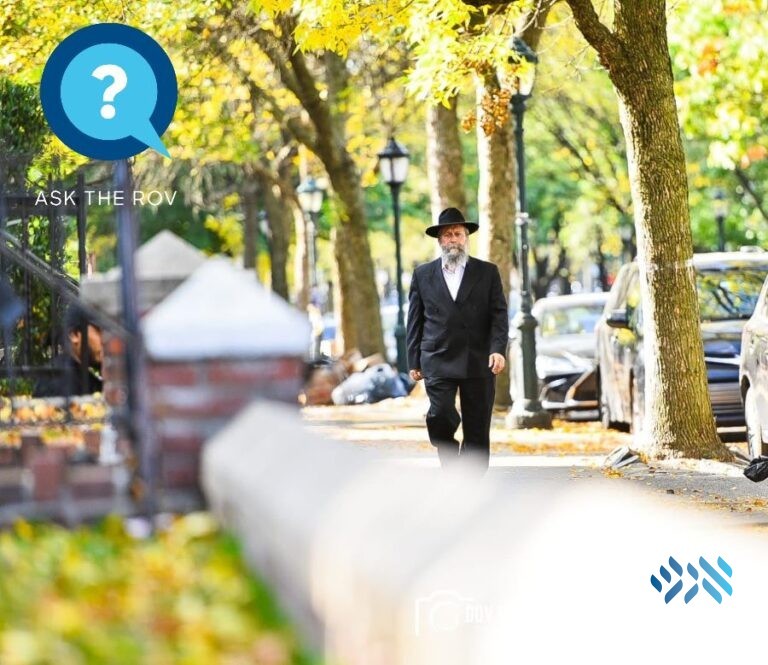 Ask the Rov: May I put dirty tissues in my pocket on Shabbos?

The Gemara teaches that you are obligated to check your pockets before Shabbos to ensure there is nothing in them, and classifies this as a “hilchesa rabasi,” a significant halacha that helps a person avoid transgression. This is brought as a “mitzva” in Shulchan Aruch.1

In locations with no full-fledged reshus harabim, Magen Avraham asserts that this decree wouldn’t apply, since the Chachomim don’t make decrees to safeguard their own prohibitions, which are themselves decrees. Still, you should check your pockets for muktza items, which is a more severe rabbinic prohibition that warrants precautionary decrees. This latter concern applies even where there is a kosher eruv.2

The Alter Rebbe, however, argues that this mitzva applies even to prevent carrying that would be a prohibition miderabanan since checking pockets is not a decree to safeguard the future, rather to avoid the real possibility of items currently in your pockets.

We don’t either apply the general leniency by rabbinic doubts (safek derabanan lekula) due to three reasons: (1) Since you usually place items in your pocket during the week, it’s more than a fifty-percent chance that there’s something there; (2) we only rule leniently on a doubt that can’t be easily resolved, but here you can easily check your pockets; and (3) you’re not allowed to go ahead and perform an activity (i.e., going outside on Shabbos) relying on a safek derabanan.3

On Shabbos itself, there is debate amongst the Rishonim whether items that you may not wear outside may be worn at home. The stringent view is concerned that you may forget and walk outside with it, and for that reason, you may not put anything in your pocket. The Alter Rebbe rules to be stringent, even where there is no full-fledged reshus harabim, except in a time of need.4

To hold items in your hand at home is permissible according to all opinions and there’s no concern that you’ll unwittingly carry it outdoors. While some reason that it’s not as common to walk outside while holding things in your hand, the Alter Rebbe explains that you’ll notice the item in your hands and not take it outside. Thus, one may hold even items that you would normally carry outside.5