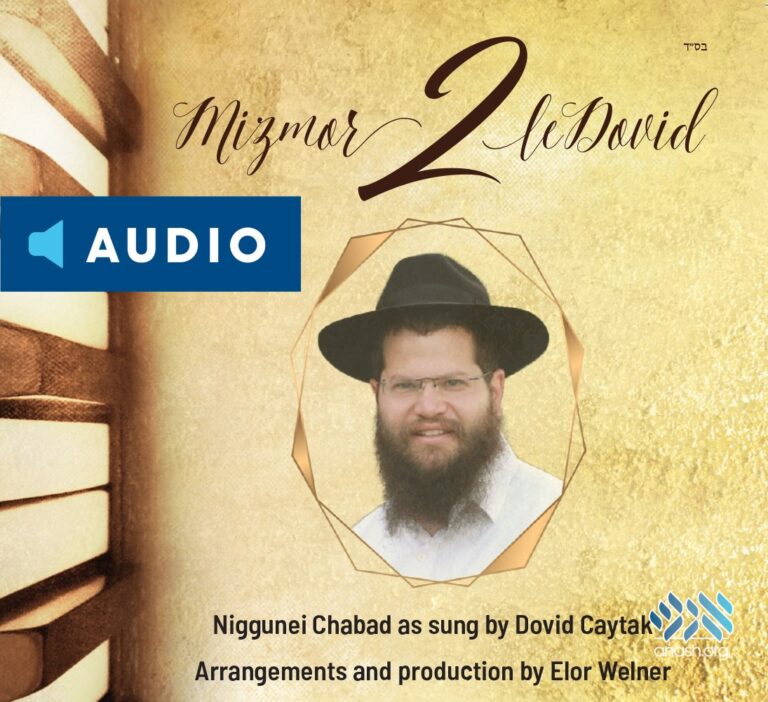 Cantor Dovid Caytak, who serves as the Chief Chazzan of Moscow’s Marina Roscha Synagogue, has recently released his second album of Niggunei Chabad.

Cantor Dovid Caytak, who serves as the Chief Chazzan of Moscow’s Marina Roscha Synagogue under Chief Rabbi Berel Lazar, for the Yomim Noroim, has released his second album of Niggunei Chabad in time for Gimmel Tammuz.

After the extraordinary success of his first album, Caytak has now recorded his second album of the Mizmor leDovid series.

“The first CD was Boruch Hashem given out to over 25000 families in the Russian Jewish Community as an initiative of Chabad of Russia,” Caytak told Anash.org. “The CD was composed of many of the classic Chabad Niggunim such as Keli Ato and Anim Zemiros.”

The new album was sponsored in honor of the upcoming wedding of Moshe Caytak and Shaina Amar by the Caytak and Amar families.

The album was produced and recorded by the Chabad musician Elor Welner.

The album is available on all major streaming platforms such Distrokid and Apple Music.