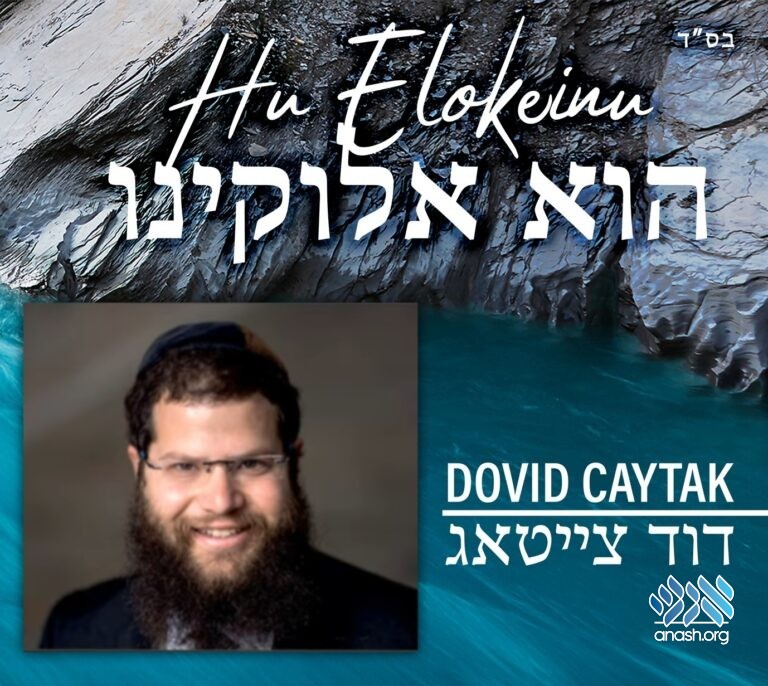 Listen: Chazan Dovid Caytak sings the Niggun “Hu Elokeinu” which was taught by the Rebbe on the night of Simchas Torah 5724.

In honor of the upcoming Yud Alef Nissan which will mark 120 years since the Rebbe’s birth, baal menagen Dovid Caytak is embarking on a project to finish recording all of the niggunim that the Rebbe taught.

One of Dovid Caytak’s missions as a singer and recording artist is to record accurate and authentic Chassidishe Niggunim for people to enjoy.

So far, he has released 20 niggunim which are available on all of the streaming platforms.

Today he released the Niggun Hu Elokeinu which was taught by the Rebbe on the night of Simchas Torah 5724. It was the last niggun that the Rebbe taught on Simchas Torah.

It was sung by Reb Yechiel the Chazzan in Rostov in front of the Rebbe Rashab and the Frierdike Rebbe.

Arranged and produced by Elor Welner.

Listen on Spotify or Itunes