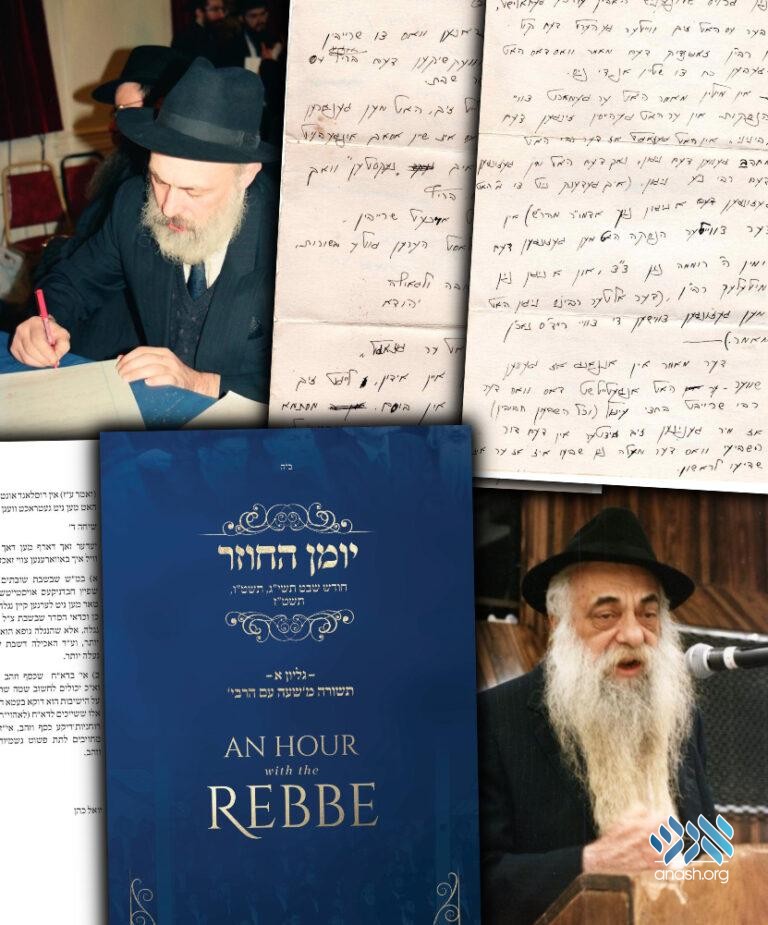 Recently published letters by Rabbi Yehuda Krinsky and Reb Yoel Kahn to their families back home reveal details of the Rebbe’s first farbrengen and early years of the Rebbe’s nesius.

Two publications released for Yud Shevat reveal new details about the Rebbe’s first farbrengen and the early years of the Rebbe‘s nesius.

The first publication is a letter written by Rabbi Yehuda Krinsky on 11 Shevat 5711, the day following the Rebbe’s first farbrengen. Rabbi Krinsky, who later went on to become a member of the Rebbe’s secretariat, was then a young bochur. He wrote a letter to his parents and siblings at home describing the first farbrengen and ma’amar said by the Rebbe.

“To my dear parents, brothers and sisters, I knew that you would regret not coming for the yahrzeit. The Rebbe Shlita said Chassidus (a Maamer) on ‘Basi L’Gani’,” he writes, obviously still under the impression of that historic farbrengen.

“From the intense pushing, several people fainted, but I heard the voice of the Rebbe saying the Maamer and this gave me the strength to stand on my feet,” he said.

Rabbi Krinsky’s letter was published from the archives of Rabbi Pinchus Shmuel Krinsky a”h, in memory of his wife Perel bas Avraham, whose yahrzeit is today, 13 Shevat.

A second publication, distributed by the ‘Hour with the Rebbe’ program on Motzei Shabbos, contained letters from Reb Yoel Kahn to his parents back in Eretz Yisroel, describing the early years of the Rebbe’s nesius.

Reb Yoel’s letters were published from the archives of his nephew, Rabbi Zalman Chanin.