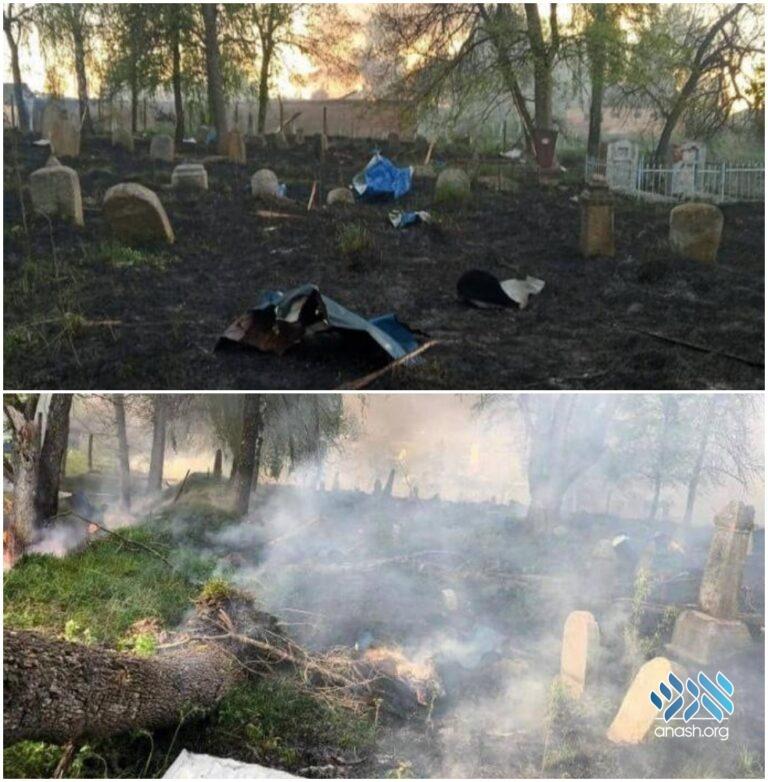 Russian shelling damaged a Jewish cemetery in the Ukrainian city of Hlukhiv, damaging the cemetery. The graves of two prominent Chabad chassidim were not hit, and the Ukrainian Minister of Culture called it ‘miraculous’.

Russian shelling damaged a Jewish cemetery in the Ukrainian city of Hlukhiv in the Shotska district of the Sumy region.

“Jews buried in the territory of the Jewish cemetery in Hlukhiv are victims of the 1918 pogrom. a special symbol for the entire Jewish people,” said Ukrainian Minister of Culture Oleksandr Tkachenko.

“Proof that all the higher powers are still on our side is that the graves of the chief tzaddiks have survived,” he added.

The “chief tzaddiks” he was referring two were a father and son, Harav Menachem Nachum Shumiatsky and Harav Yisroel Dov Shumiatsky, prominent Chabad chassidim who served as rabbonim in the city.

His son, Harav Yisroel Dov, inherited the rabbanus of the city after his father’s passing, and led the community until he was murdered al kiddush Hashem in the Hlukhiv pogrom in 1918. Hundreds of Yidden were killed at the hands of the Red Army Soldiers during the pogrom, including Harav Yisroel Dov and his brother R’ Shmuel.

Just 2 years ago, the grave of the two brothers was rediscovered by the Oholei Tzaddikim organization, and an Ohel was erected over their graves and the grave of their father.

On Sunday, the Russians shelled the cemetery, causing extensive damage. The graves of the brothers and their father, however, survived the shelling, in what the Ukrainian Minister of Culture deemed as being a “miraculous” miss.