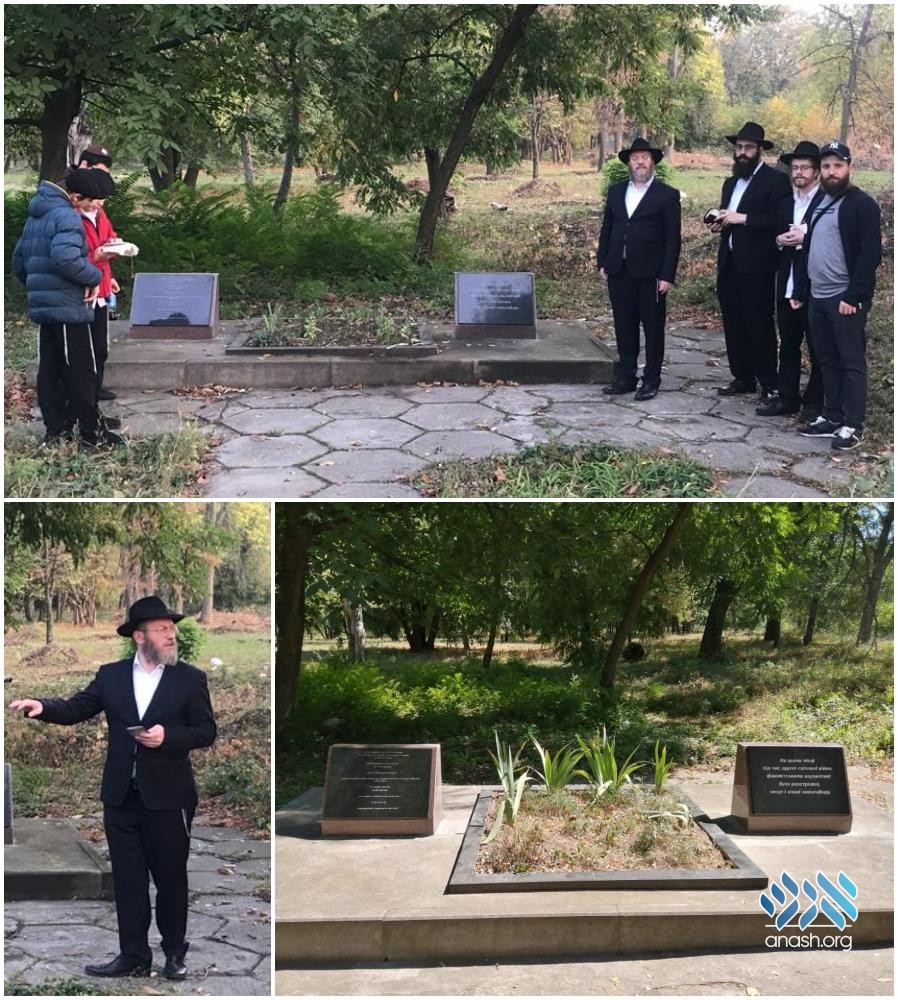 Chassidim from Dnipro visited the burial site of R’ Dovber Schneerson hy”d, the Rebbe’s brother, ahead of 25 Tishrei, the day that was chosen to commemorate his murder by the Nazis ym”s.

A group of Chassidim from Dnipro, led by the shliach and director of the Kollel Torah network Rabbi Moshe Weber, visited on Monday the mass grave in Igren near Dnipro where victims of Nazi brutality were buried, among them R’ Dovber (Berel) Schneerson hy”d, the Rebbe‘s brother.

The exact date of R’ Berel’s death is unknown. The Rebbe set the day of 25 Tishrei as the yahrzeit and would say kaddish on that date each year.

At the time of the Nazi occupation of Ukraine, R’ Berel was in a hospital in the town of Igren. Upon conquering the town towards the end of 5701, the Nazis ym”s immediately murdered all the patients in the hospital and buried them in a mass grave in the hospital’s yard. R’ Berel, at the age of 38, was also among the murdered.

The site of the mass grave was not known until 5753. When it was discovered, a monument was erected there. In 5768, a new tombstone was erected on his grave, which mentioned R’ Berel by name. At that time, a ceremony was held to erect the tombstone, with the participation of the shliach Rabbi Shmuel Kaminetsky and the heads of the Jewish community.