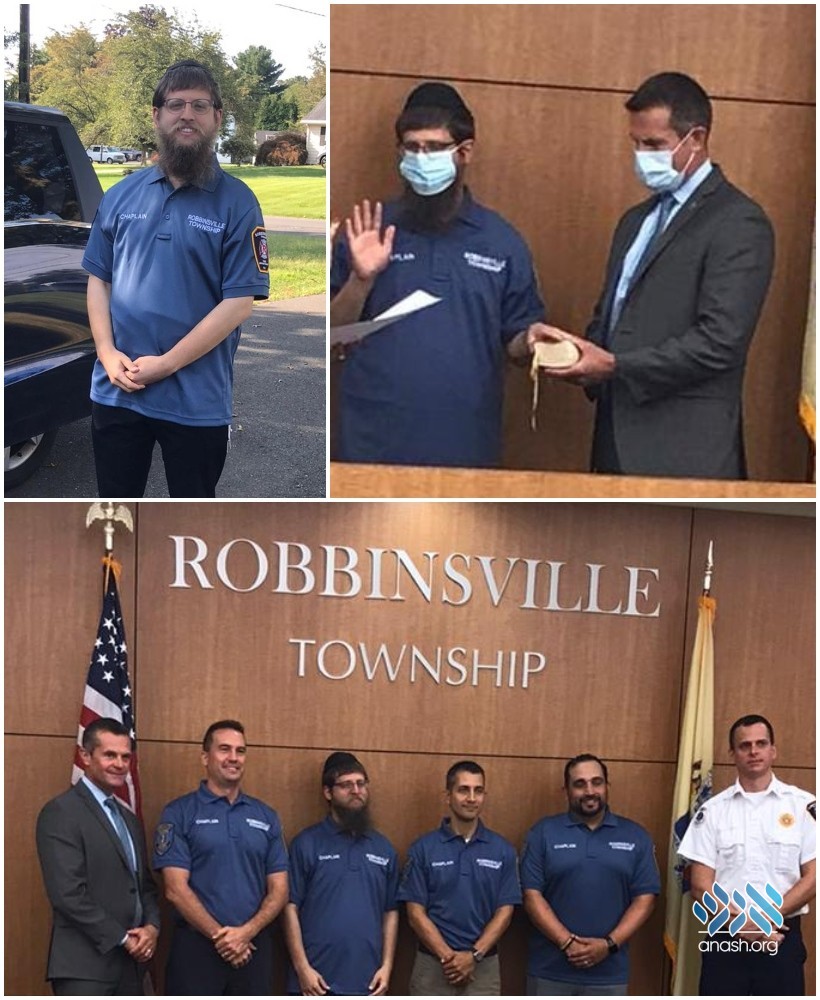 The police force in Robinsville, NJ, welcomed its first Jewish chaplain this week. Rabbi Yaakov Chaiton, shliach to Hamilton and Robinsville, NJ, was affirmed into the service to provide it with a Jewish presence.

Rabbi Chaiton and his wife Chana moved to Hamilton in 5774 – 2014, under the umbrella of Chabad of Mercer County, run by Rabbi Dovid Dubov of Princeton, NJ. Although there are many Jews in the neighborhood, the lack of a Jewish network and institutions had kept them apart, and the Chaitons moved in to form a community.

As part of his shlichus, Rabbi Chaiton will now serve the local police department, and especially its Jewish officers. He see his chaplaincy, which is purely volunteer work, as a tremendous kiddush Hashem and something that local Jews are proud of.

“We had an incident a couple of weeks ago,” Rabbi Chaiton told Anash.org, “in which a Jewish man was taken into custody as a potential suicide. I was called in to talk with him and was, baruch Hashem, able to help him out.”

Rabbi Chaitons’s affirmation of chaplaincy took place with a Chitas in hand, which was poignant, although the shliach stated that it wasn’t planned. “It was something I had on me,” he said.