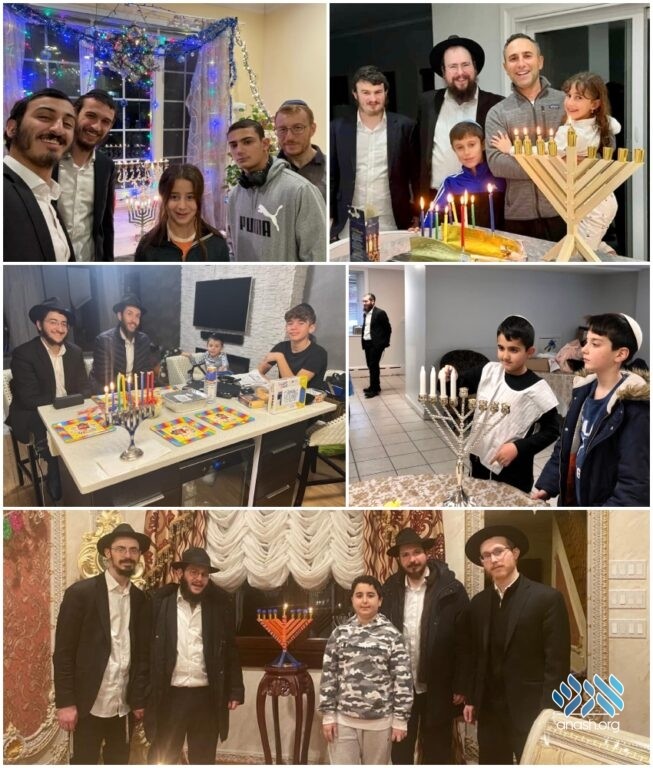 Small pockets of light and warmth shone forth from the homes of Public School students who are a part of the Released Time program. The impact is still being felt.

More than 100 dedicated instructors – Bochurim – spent their Chanukah bringing the joy and spirit of Chanukah to hundreds of public school students and their families across NYC.

As the sun went down every Chanukah evening, 40 cars filled with menorahs, dreidels and fresh donuts took to the streets en route to the homes of Released Time students throughout the city.

Released time is an organization that the Rebbe established in the days following his arrival to the United States. For the past 82 years Released Time has been providing Jewish education and experiences to thousands of students who attend public school. Thanks to their time spent in Released Time, these students receive vital education on basic Jewish themes such as Kosher, brochos, Shabbos and yomim tovim which they do not get anywhere else.

Over Chanukah instructors brough the warmth of Chanukah into the homes of the students’ and made parties for their families and friends with candle lightings, joyous dreidel games, singing, dancing and meaningful conversations – many of the visits lasted well over an hour. “My children said they would rather stay home for Chanukah then go to NJ, because they don’t want to miss the Released Time Rabbis chanukah visit” Said Jesse, a mother from P.S. 206.

Seeing the excitement and love their children were having with the Released Time Rabbis, many parents were inspired to take upon an extra Mitzvah for themselves. One father committed to start putting on Tefillin once a week. One Mother committed to lighting Shabbos candles with her sister who is less observant, and more than 40 families during Chanukah put up Mezuzahs in their homes.

“A Father who put up a Mezuzah on his front door over Chanukah, called me yesterday asking if Released Time can help him put up a Mezuzah in his workplace too” said Rabi Sadya Engel, the programs coordinator. “the Mitzvahs that are pouring in from the Bochurims Chanukah home visits are continuing till today”.

Throughout the eight nights of Chanukah, over 500 homes were visited and illuminated with the light of the Chanukah, Over 40 Mezuzahs were assembled on homes, and over 1000 menorahs and boxes of candles were distributed.