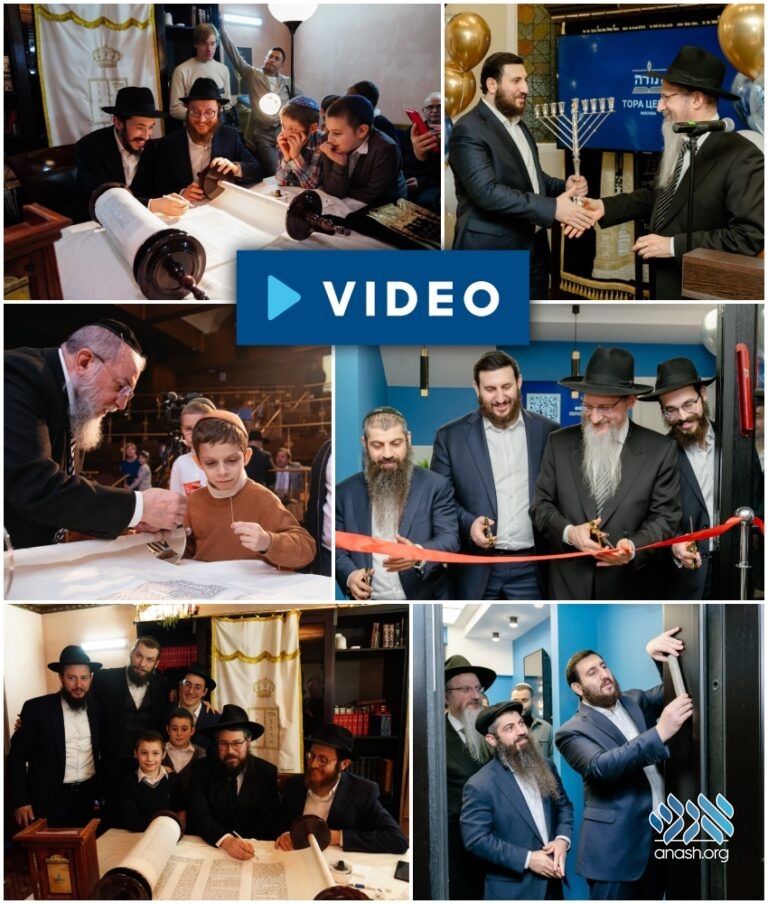 The highlight of Chanuka in Moscow was the Chanukas Habayis of “Torah Center” opened for Jews of all ages and stages. It includes classrooms, a Torah library, lecture halls and a coffee area that will be open 24/7.

This Chanuka Moscow has merited a chain of beautiful events all dedicated to Torah. This was in addition to the expansive list of events that began with a public menorah lighting at the Kremlin walls, and continued with the distribution of thirty-five thousand (!) siddurim with Russian translation along with Chanuka kits that were personally delivered by the shluchim from all of Moscow’s Chabad Houses when they visited hundreds of families each evening of Chanuka, bringing light and joy to their homes.

The highlight was on the last night of Chanuka, at the Chanukas Habayis of “Moscow’s Torah Center”, into which much effort and resources were invested to make as beautiful as possible.

The Center is designed for all Jews, of all ages and stages. It includes a large hall, classrooms, a Torah library, lecture halls and a coffee area with refreshments that will be open 24/7. It will be led by shliach Rabbi Menachem Mendel Wilansky, son-in-law of the center’s founder Chief Rabbi of Russia Berel Lazar.

Rabbi Lazar was the main speaker at the grand opening which was attended by many rabbis, magidei shiurim, donors, supporters and friends.

The event was emceed by the community director, shliach Rabbi Mordechai Weisberg. Mezuzas were affixed to the doors of the different rooms, and the guests sat down to a farbrengen during which they heard about the many plans for the center. It will include various learning opportunities, beginning with gemara, halacha and chassidus, and all the way to the deepest maamarim and sugyos.

In light of the fact that B”H there are so many Jewish books being translated into Russian, with new ones being published constantly, there is an abundance in both quality and quantity like never before. It is the privilege and duty of every Jew to come and invest themselves in learning Torah.

Additional events that took place were the two new Torah scrolls that were completed and escorted to their new homes. The first Hachnasas Sefer Torah was on the first night of Chanuka at the Marina Roscha shul with the Torah dedicated by the Chaturov family. The second was on the fifth night of Chanuka at the Chabad House on Arbat headed by the Shliach Rabbi Yanki Klein, and was dedicated by philanthropist Mr. Dan Galkin.