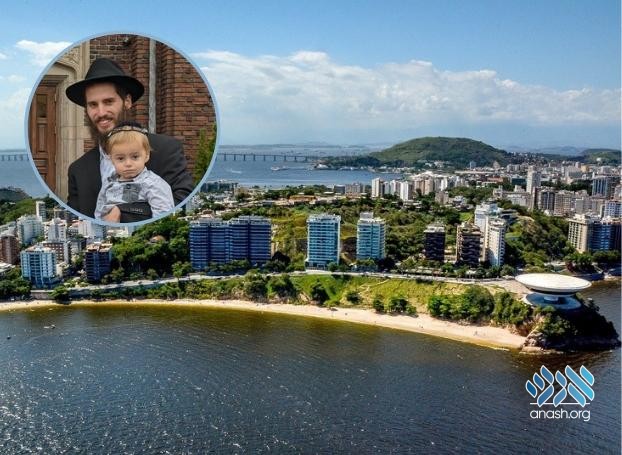 In just a few short weeks, Shlomo and Shterna Sarah Ossowiecki will be moving on Shlichus to Niterói, Brazil, to establish a permanent Jewish presence in the city.

In just a few short weeks, Shlomo and Shterna Sarah Ossowiecki will be moving on Shlichus to Niterói, Brazil, to establish a permanent Jewish presence in the city.

Just a ferry ride across the Guanabara Bay from Rio De Janeiro, Niterói is a center of Brazilian culture and business. Their Jewish community consists of hundreds of families who, until now, have relied on traveling Rabbis for all of their Jewish needs and services.

The Ossowieki’s have already visited Niterói, and the community members who they have met have conveyed much warmth and eagerness at the prospect of finally receiving a Rabbi and Rebbetzin of their own. “In our visits to the Niterói community, we have recognized the great demand for a leader. The importance of Jewish identity and pride is more important than it’s ever been. We will work to foster Jewish pride and spread the Rebbe’s message that Hashem loves every Jew no matter their past and that just one mitzva can bring Moshiach,” says Rabbi Ossowiecki.

As Rabbi and Mrs. Ossowiecki embark on this journey with their two children into unchartered territory, let us, his community, stand behind him and show him that he is not alone. Your investment and partnership in the establishment of a center for Jewish life in Niterói, Brazil, will ensure that the Rebbe’s directive to be there for each and every Jew will be fulfilled.

Partner with the Ossowieckis on their important mission that will transform the city of Niterói for the better at shlichusstartup.com.