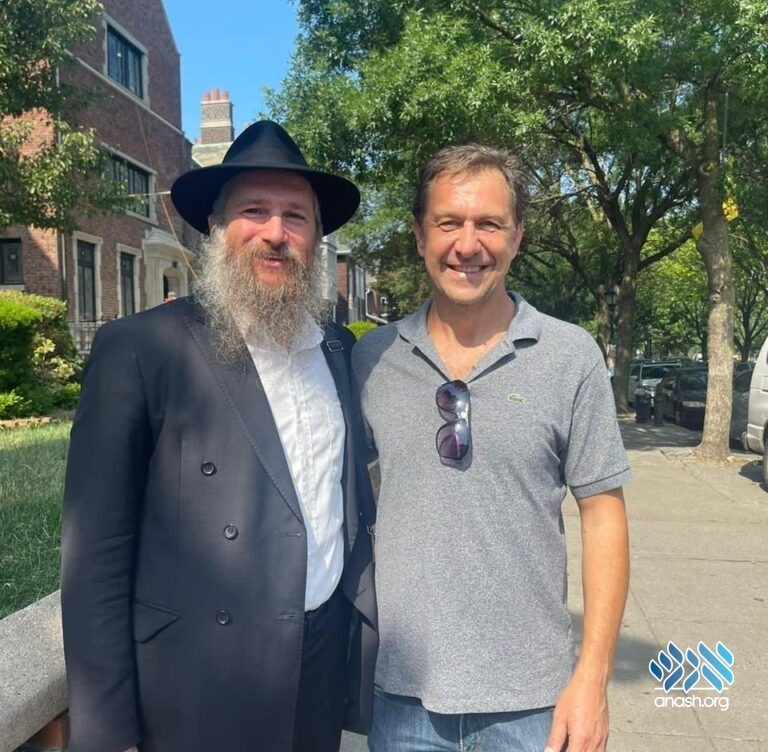 Before heading back to his makom hashlichus in Brazil, shliach Rabbi Dani Eskinazi stopped in 770 one last time, where he heard visitors speaking Portuguese. He approached them, and he was quickly left astounded.

Rabbi Dani Eskinazi, Shliach in S. Paulo Brazil, who came to New York for Gimmel Tamuz and stayed for a few extra weeks for a local simcha, flew back to his makom hashlichus on Thursday evening.

On Thursday morning, before entering 770 for the final shacharis of his trip, he saw a couple and two daughters speaking to each other in Portuguese.

“Are you from Brazil?”, he asked. “Yes, indeed, but we moved to Orlando five years ago,” responded the father.

Before they had the chance to introduce themselves by name, this is the conversation that followed.

“Where in Brazil are you from?”, asked Rabbi Eskinazi.

“I’m from Petrópolis and my wife is from Porto Alegre”, answered the father.

“Nice. I studied in Petrópolis for five and a half years, in the Yeshiva of Rabbi Binyamini,” Rabbi Eskinazi said.

“What years?” the man asked.

“In 1984 I went to study for my Bar Mitzvah there, with a guy named Daniel Eskinazi,” the man said.

Turns out that the man, who identified himself as Marcos Szmukler, met with his bar mitzvah teacher across the globe, 38 years after he had taught him as a 16 year old bochur in yeshiva.

Upon landing in Brazil on Friday morning, Rabbi Eskinazi received a message from Rabbi Ari Liberow – son of Rabbi Mendel and Miriam Liberow, the Shluchim of Porto Alegre – saying that because of this encounter Marcos was inspired to get a new pair of Tefillin, since the existing one was not in a good condition.