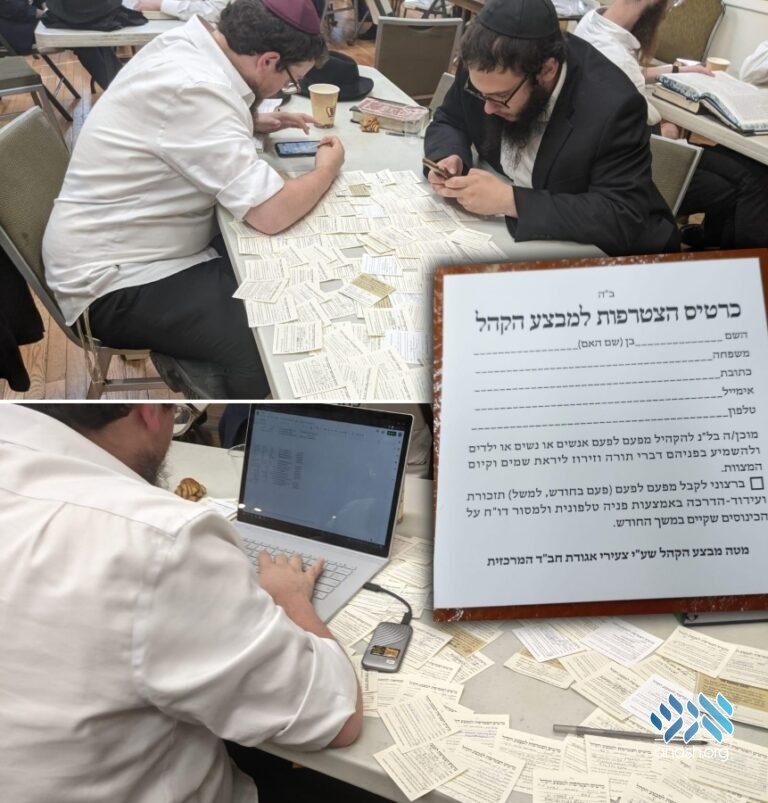 In many shuls and Yeshivos, 18 Elul was utilized to inspire those assembled to already begin taking on resolutions how they will gather Yidden together in preparation for the upcoming year.

Last night, Chassidim around the world celebrated Chai Elul, the birthday of the Founders of Chassidus, the Ba’al Shem Tov and the Alter Rebbe.

In many shuls and Yeshivos this special occasion was utilized to inspire those assembled to already begin taking on resolutions how they will gather Yidden together and make Hakhel gatherings in preparation for the upcoming year. Many filled out Hakhel cards which were distributed at the central farbrengen in 770, as well as many other Farbrengens at yeshivos and shuls across America.

Hakhel cards were created as per the Rebbe’s specific request, so that every person who is ready to get involved can write down their commitment on the card and submit them to the central Hakhel office in their community.

The Rebbe in fact went into great detail about how the cards should look, what information should be written on them and even what dimensions the card should be!

“Baruch Hashem there are over a few hundred cards already filled out”, said Rabbi Shmuel Butman of Lubavitch Youth Organization. “We are putting all these names into our system which will allow us to constantly update you and give you all the proper resources and tools for your Hakhel gatherings”.

In the coming days a new system is expected to be released to the public where one can fill out the Hakhel card digitally. In addition, one will also be able to access the many resources available as well as keep updated on Hakhel activities and initiatives around the world.

“This is just the beginning”, said one of the organizers. “We are expecting thousands of cards to be filled out digitally in the coming weeks”.

To read a complete overview of the Hakhel campaign click here.