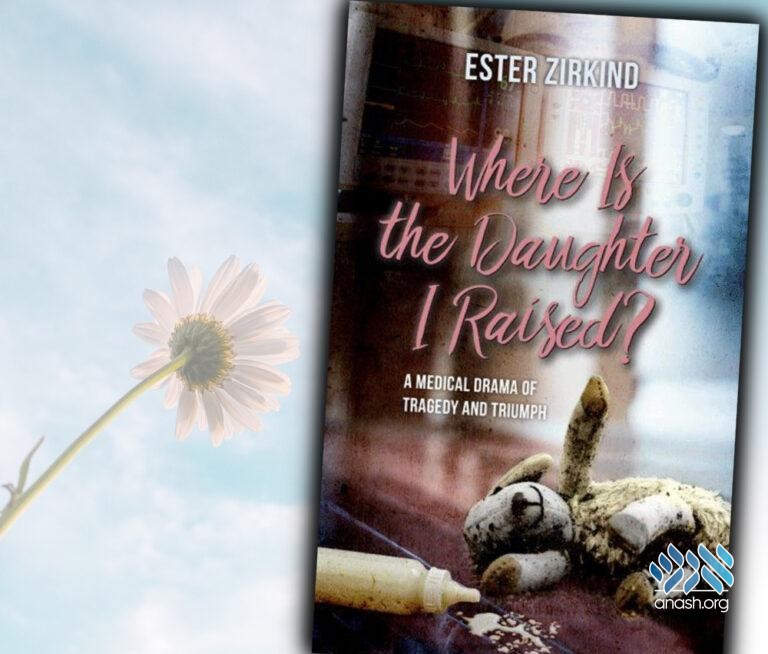 A new book by a Lubavitcher Torontonian poignantly tells the true story of her experiences through illness and tragedy, and her ultimate triumphant self-discovery and a renewed commitment to her Creator.

Ester Zirkind who lives in the Toronto Chabad community recently had her book printed. It is currently being sold in North America, Israel, Europe etc.

Where Is the Daughter I Raised? is the poignant, exquisitely-written, true account of one woman’s experiences through illness and tragedy, and ultimately, by her digging deep within the reserves of her faith, to triumphant self-discovery and a renewed and genuine commitment to her Creator. It is not a book for the faint of heart, but for those authentic enough to look at life and emunah straight in the eye.

She began her married life with contentment and there was no reason to think that her life’s trajectory would be anything but continued smooth sailing; that the calm waters of her existence would suddenly begin rising upward and into a raging tsunami of horror and pain…

But much to her disillusionment and dismay, Ester found herself tossed into the stormy seas of hospitals, medical procedures, desperate prayers, and tear-splattered waiting rooms. Everything was spiraling out of control: her health, the safety and well-being of her family, the precious child-bearing years of her life… The only thing left in her hands, or, as she discovered, the only thing that had ever really been in her hands to begin with, was how she would choose to react to her circumstances.

Written in the voice of an authentic Chassidic woman, Where Is the Daughter I Raised? grants the reader a look-in to the workings of the Orthodox community through the lens of one family undergoing staggering hardship. Besides the refusal to submit to anger – though certainly it is a threatening presence and there are explosive moments – it provides an alternative to turning away from faith, when that very faith gets the rattling of a lifetime. By crafting open and honest prose, Ester Zirkind has written a book that should engage persons of any creed.

Where Is the Daughter I Raised? is availible here, and at Jewish book stores.