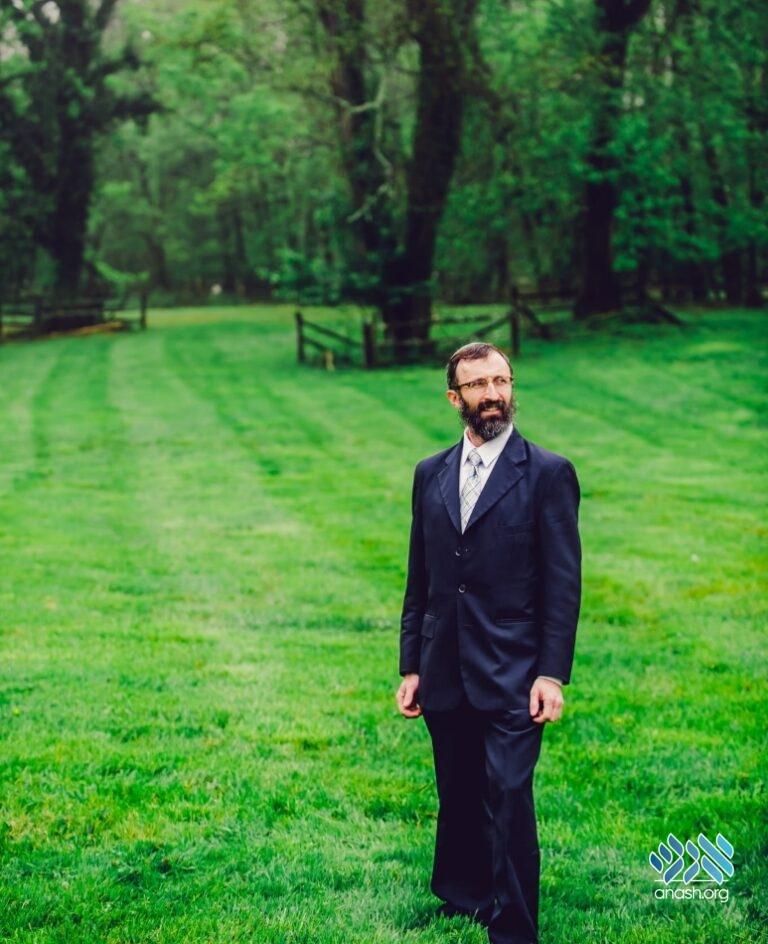 A years-long battle to build a Chabad House in Pikesville, MD, finally came to a successful conclusion despite a campaign with antisemitic and bigoted undertones, as Chabad settled with Baltimore County.

In 2014 Congregation ARIEL – a Chabad-Lubavitch Center serving Jews from Eastern Europe led by Rabbi Velvel Belinsky – submitted an application to Baltimore County for the construction of a synagogue on a 3-acre property in Pikesville, MD.

In addition to the Chabad Center, which would be built at 8420, 8430, and 8432 Stevenson Rd in Pikesville, the property would also house a residence for the rabbi in an existing house.

The congregation reached out to the neighbors about their plans and agreed to accommodate their concerns such as lighting, and esthetics, and acquiesced to even more unusual requests, including putting a community organic garden on the property and building a playground for the neighborhood.

Yet, a number of activist neighbors started campaigning against the Chabad House and its community. This group of activists included politicians, high-powered attorneys, and prominent political donors. They created lawn signs, went door-knocking through the neighborhood, created a website, and even printed special t-shirts for their cause.

They arranged community meetings about the Chabad House where the representatives of the Chabad House were not allowed to be present and respond to any legitimate concerns. The neighborhood residents who supported the Chabad House were kicked out of regularly scheduled homeowners’ meetings. They managed to drag the small congregation into, what the judge said, was the longest zoning hearing in the history of the county.

Their official claims pertained to noise and traffic but subpoenaed internal communications showed a completely different motivation. The activists began their opposition even before seeing the plans for the Chabad House and were alarmed that their lawyers saw “no angles for us to use to fight it” after seeing the synagogue plans.

“I am not personally anti-Lubavitch but the blatant disregard for community rules must stop,” one protestor wrote on Facebook, referring to Chabad-Lubavitch opening synagogues in ‘non-observant’ neighborhoods.

“While I love Judaism, I am not a particular fan of these people, having experienced their brand of Jewish racism within the diamond industry,” wrote another neighbor, confusing Chabad-affiliated Jews with a different group known for a strong representation in that line of business and the subject of much anti-Jewish rhetoric.

Another opponent of the synagogue wrote: “The last thing our neighborhood needs is becoming Smith Avenue,” – a nearby area where Orthodox Jews have been moving to. On social media some went even further writing “Why do we need another synagogue? There are too many already”. “One synagogue is too many. There should be none”. The anti-synagogue activists were circulating emails calling Chabad-Lubavitch a “cult” and Congregation ARIEL and its leader – “fanatics.”

The subpoenaed emails also showed that the activist neighbors were colluding with the Baltimore County officials from the previous administration. At the deposition, a zoning official spoke about “these guys in black hats.”

The opponents of ARIEL reached out to people in other Baltimore neighborhoods where synagogues were being built and tried to rally them against their local synagogue.

But religious affiliation was not the only excuse for the neighbors’ bigotry. The fact that the synagogue is servicing primarily the families of immigrants from Eastern Europe also did not sit well with them. “Who are you to come to our neighborhood,” said one of the neighbors directly to the rabbi, himself an immigrant who fled Soviet oppression. “Why don’t you stay in Millbrook?” referring to an area where immigrants were housed upon arrival. The neighbors spoke about “trucks with vodka pulling up to the synagogue”, exploiting an old stereotype of Russians.

The Board of Appeals of Baltimore County denied the Chabad Center’s application and even prohibited the rabbi to live in the existing house. “I wouldn’t want to live across the street from a rabbi,” said a local, a member of an influential family who are political donors, at the Board of Appeals hearings,.

Congregation ARIEL filed a federal lawsuit for religious discrimination on April 4, 2017, brought under the First and Fourteenth Amendments to the United States Constitution and the federal Religious Land Use and Institutionalized Persons Act (“RLUIPA”). ARIEL’s complaint alleged discrimination against the congregation on the basis of its religious denomination, and substantial burdens on ARIEL’s religious exercise.

The bigotry of the neighbors became so apparent that one Maryland politician completely dropped out of the anti-synagogue campaign. An immediate next-door neighbor also quickly sold his house at a significant financial loss and moved out of the neighborhood.

In 2019, as the RLUIPA case dragged on in Federal Court, a new administration was elected to lead Baltimore County. It immediately began reassessing the county’s position on these cases and started moving to settle them. On June 14, 2022, Baltimore County settled the case with Congregation ARIEL and compensated it for the damages incurred.

“We are very thankful to the current administration for righting the wrongs of their predecessors,” Rabbi Velvel Belinsky, Director, Congregation ARIEL (Chabad) said. “We are thankful to our attorneys and other professionals involved in the case. We are forever grateful to the Almighty for our wonderful community who stuck together through this most difficult time.”

“The people of Baltimore County are good people, what was done to us does not represent the people of our neighborhood but a few misguided individuals. In fact, many neighbors reached out in support upon seeing what was being done to us,” he said.

“I was always sure that in the end light will prevail over the darkness of bigotry! We can now move forward with the plans for a synagogue, a home for our community, and a place that will be a beacon of light for all in the area!”

“Our client is grateful for this outcome, which will permit them to move forward and serve their community as they believe they should,” Blair Lazarus Storzer, attorney for the plaintiffs said. “It is essential that Orthodox synagogues, and all religious organizations, are free to enjoy the ability to exercise their fundamental right to religious expression.”