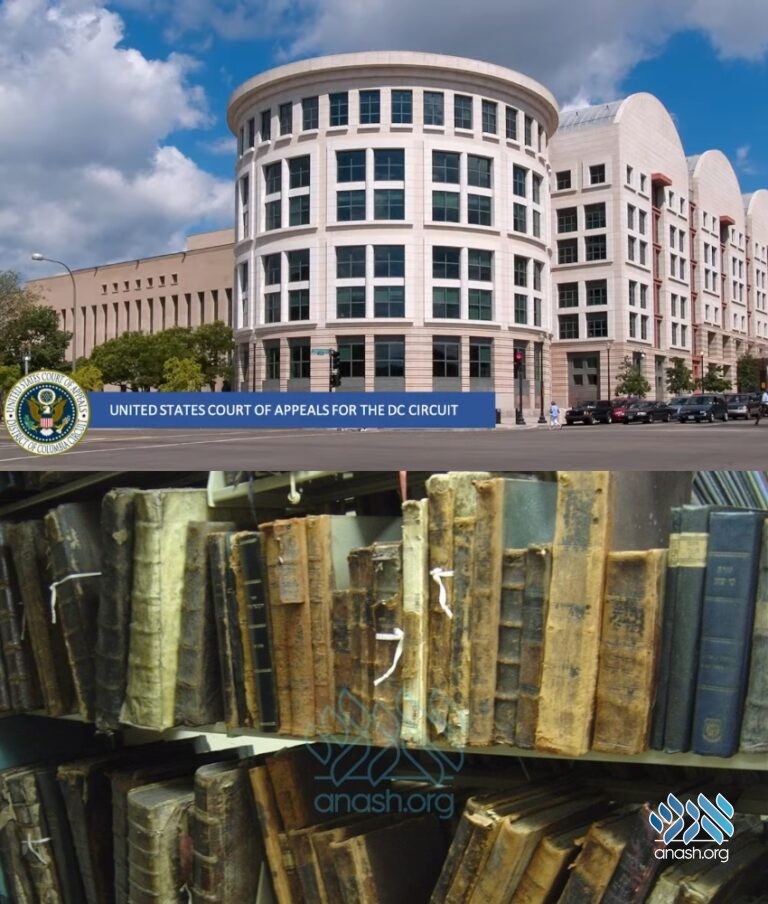 The U.S. Court of Appeals in Washington, DC, handed down two significant rulings today in the ongoing seforim case in favor of Agudas Chasidei Chabad.

Today’s rulings are the latest development in the ongoing attempts by two Russian affiliated companies to quash subpoenas issued by Chabad due to the Russian government’s failure to comply with the court’s previous ruling.

Today, the Court of Appeals for the DC Circuit denied the appellant’s (Russia) petition for rehearing before a session of the full DC Circuit. The ruling stated the absence of a request by any member of the court for a rehearing as reason for denial.

In a separate ruling, the Court denied Russia’s petition to rehear the case in front of a smaller panel (3) of judges, citing similar reasoning.

Back in 5770, U.S. District Judge Royce C. Lamberth ruled that Russia must turn over all Schneerson documents held at the Russian State Library, the Russian State Military Archive and elsewhere to Chabad. He placed a $50,000-a-day civil contempt sanction on Russia until the books were returned.

Chabad then attempted to identify and seize Russian assets in the USA to pay the sanctions, focusing on Tenex-USA Inc. (“Tenam”), a Maryland-based corporation that is owned by Russia’s state nuclear agency, Rosatom.

Chabad served subpoenas on the State Development Corp. VEB, a self-described instrumentality of Russia, and Tenex-USA (Tenam), which functions as Russia’s import-export bank in the U.S. Their motions to quash the subpoenas were denied.

Since then the two Russian affiliated companies have been trying to quash subpoenas issued by Chabad in an effort to recover from their assets a $50,000-a-day fine that had been issued against Russia for refusing to return the ‘Schneerson Collection’.