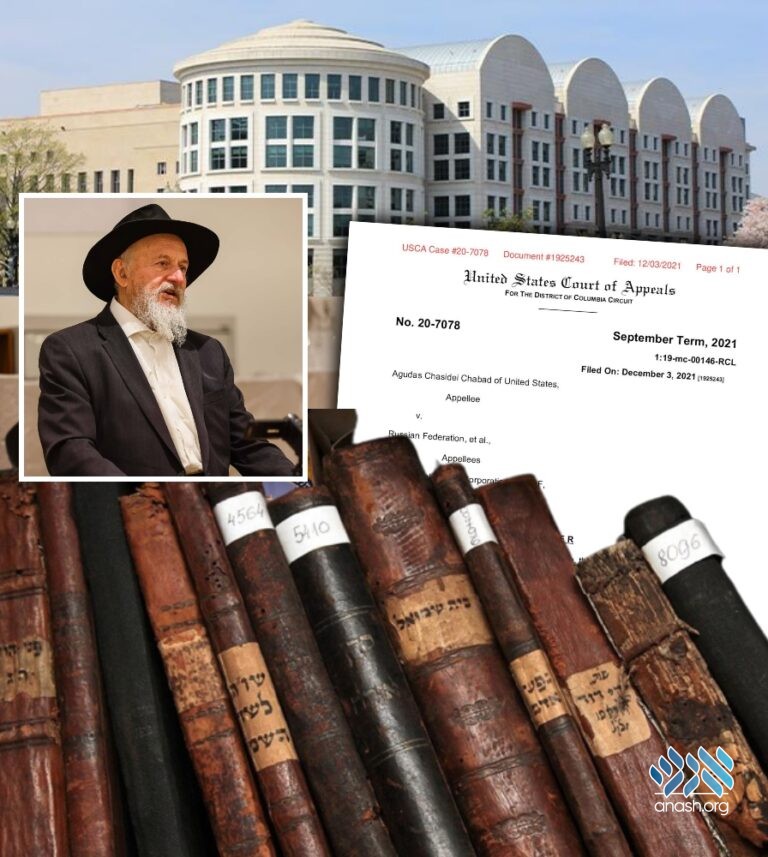 Two Russian affiliated companies lost an appeal to squash subpoenas issued by Chabad in an effort to recover a $50,000-a-day fine from their assets. “This brings us one step closer to a full didan notzach,” Rabbi Berel Levine said.

Two Russian affiliated companies lost an appeal to squash subpoenas issued by Chabad in an effort to recover from their assets a $50,000-a-day fine that had been issued against Russia for refusing to return the ‘Schneerson Collection’.

In a ruling issued on the fifth day of Chanukah, the United States Court of Appeals for the District of Columbia Circuit confirmed the rights of Chabad to subpoena a Russian affiliated bank and uranium company.

In 5770, U.S. District Judge Royce C. Lamberth ruled that Russia must turn over all Schneerson documents held at the Russian State Library, the Russian State Military Archive and elsewhere to Chabad. He placed a $50,000-a-day civil contempt sanction on Russia until the books were returned.

Chabad then attempted to identify and seize Russian assets in the USA to pay the sanctions, focusing on Tenex-USA Inc. (“Tenam”), a Maryland based corporation that is owned by Russia’s state nuclear agency, Rosatom.

Chabad served subpoenas on the State Development Corp. VEB, a self-described instrumentality of Russia, and Tenex-USA (Tenam), which functions as Russia’s import-export bank in the U.S. Their motions to quash the subpoenas were denied.

“The new victory is a step in the right direction, towards a complete didan notzach,” Rabbi Berel Levine, Chief Librarian of the Central Chabad Library said. “It is especially amazing that it occured a number of days before Hei Teves, a day the Rebbe declared as a yom segulah for everything connected to the seforim.”

Decades later, in 5748, the Rebbe appointed a delegation to travel to Moscow and attempt to identify and return the seforim. The delgation included Rabbi Sholom Ber Levine, Rabbi Nissan Mindel, and Rabbi Shlomo Cunin. In a later delegation, the Rebbe added Rabbi Yosef Yitzchok Aharonov and Rabbi Yitzchok Kogan as well.