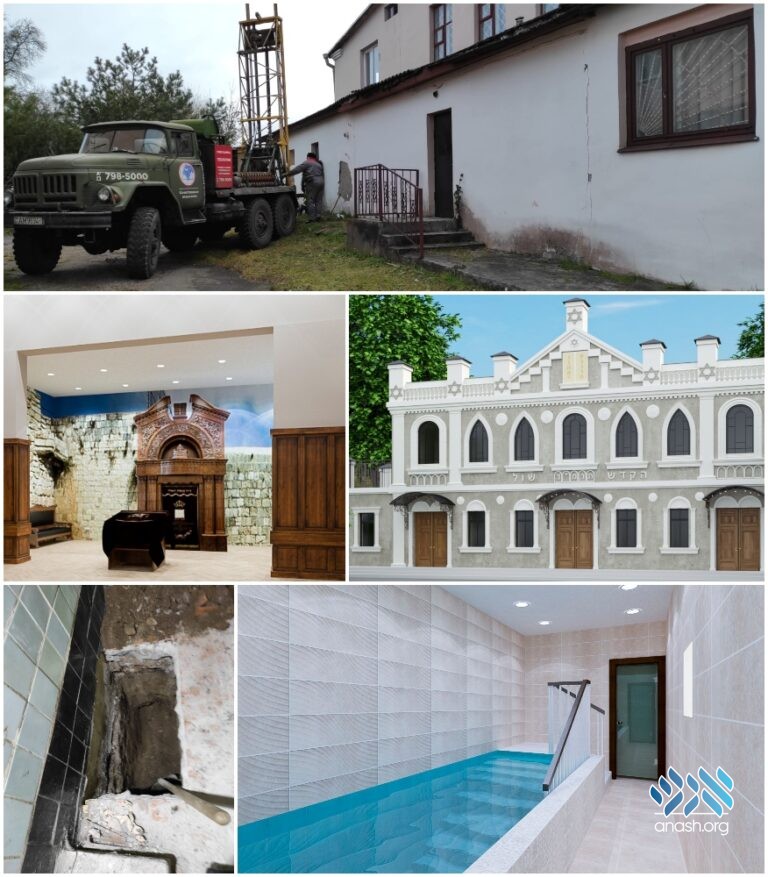 The city of Brest, Belarus, formerly known as Brisk, and renowned for the generations of Torah scholars who emerged from it, is experiencing a Jewish renaissance under the leadership of the local shluchim.

The city of Brest, Belarus, formerly known as Brisk, and renowned for the generations of Torah scholars who emerged from it, is experiencing a Jewish renaissance under the leadership of the local shluchim.

History was made at the end of 2019 when the considerable efforts of the Jewish community and its Chief Rabbi Chaim Rabinowitz bore fruit and led to the restoration of the ancient Hekdesh synagogue that was taken over by the Nazi invaders seventy-eight years before. At that time, Brisk was famous for its Torah scholars, yeshiva, and its large Jewish community of over 30,000 members. The Nazis destroyed the community and its institutions and slaughtered its members.

Two years after its return to Jewish hands and the launch of its thriving activity, the famous ‘Hekdesh’ Synagogue in the city Brest, formerly Brisk, is continuing to the next phase: external and internal restoration and the establishment of a brand new state-of-the-art mikvah.

Since the return of the synagogue, the community’s 2,000 active members have experienced a genuine renaissance and boost in many different aspects of Jewish life; including culture and heritage, humanitarian aid, Jewish education, prayer services, Jewish study classes, Shabbat, and holiday meals, and much more.

This exceptional activity has led to a strong demand for a new mikvah to serve the community’s families and to ensure the continuity of Jewish life in the Belarusian community. Currently, the closest operating mikvah is located two-and-a-half hours’ drive away, in each direction, making it very difficult to observe the laws of family purity.

Work on the new mikvah is planned to start after the winter. It will be built to the highest standards aiming to be as attractive and welcoming as possible.

To take part in restoring the shul and building the new mikvah, please click here.