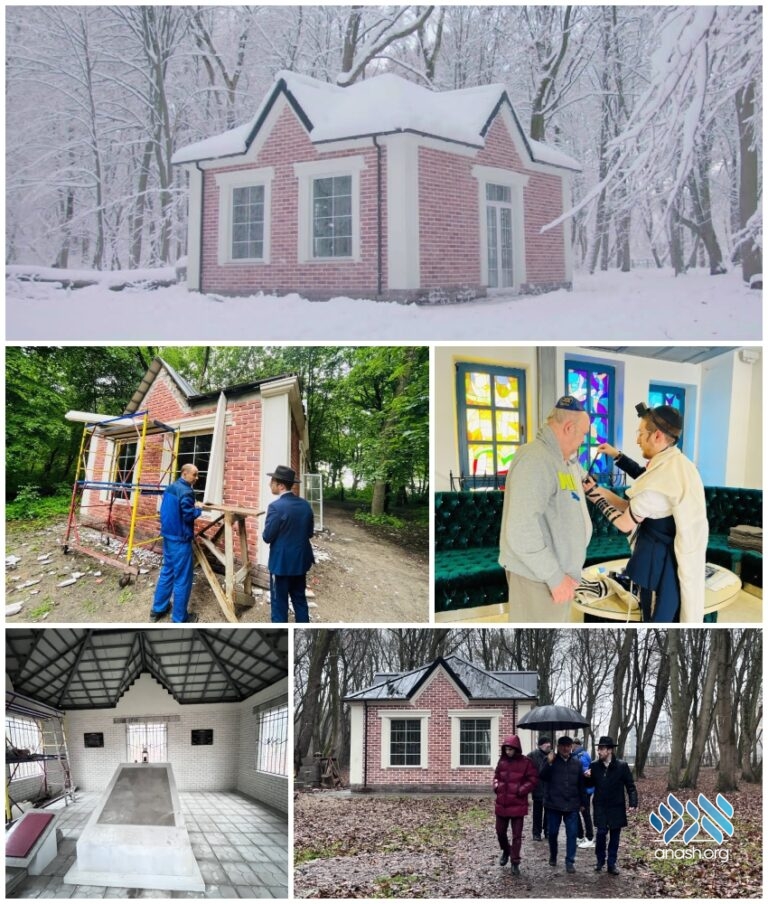 At the initiative of the Chabad shliach in Kaliningrad, Rabbi Avraham Boruch Deutch, a permanent structure was built over the kever of Rabbi Yisroel Salanter, founder of the Musar movement.

The Jewish community of Kaliningrad is getting ready for a special day, the 140th yahrzeit of Rabbi Yisroel Salanter, founder of the Musar movement.

Rabbi Yisroel Salanter founded his yeshiva in the nearby city of Kovno, but was buried in the city of Kaliningrad which was known as Kenigsburg while it was under German rule. At the end of WWII, it was annexed to the USSR, and today it is a Russian enclave with European flavor nestled on the Baltic Sea between Poland and Lithuania.

Every year on the yahrzeit, the city’s Jews visit his gravesite to pray and light candles, despite the bitter cold outside. At the initiative of the Chabad shliach in Kaliningrad, Rabbi Avraham Boruch Deutch, a permanent structure was built over the kever.

The building was overseen by Rabbi Yisroel Meir Gabbai, president of “Oholei Tzadikim”, and with the assistance of his grandson, philanthropist Rabbi Reuven Dessler from the USA, who also supports the Chabad activities in the city.

In honor of the 140th yahrzeit, which will occur on the 25th of Shvat, Rabbi Deutch and the community president Mr. Eliezer Flitman arrived with a group to see that the last renovations will be taken care of, and to ensure the best conditions for the many guests expected to arrive for the yahrzeit from all over the world in order to daven there.

They will be greeted by the city’s Rabbi, Dovid Shwedik and community leaders, and will be able to enjoy Shabbos meals and tefilos at the city’s central shul. Kaliningrad is one of the most beautiful cities in Russia, with a rich Jewish history, and many Jewish activities on a daily basis run by the dedicated local Chabad House.