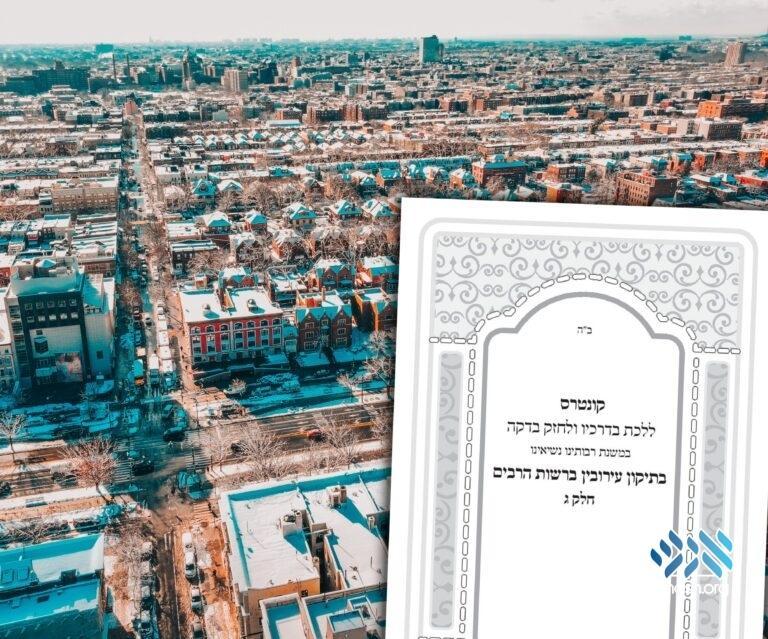 A third Kuntres published by Rabbi Shmuel Zajac solidifies his position on the feasibility of building eruvin in major cities. The Kuntres focuses on the opinion of the Lubavitcher Rebbes.

In addition to his role as a Maggid Shiur, Rabbi Zajac is also a prolific writer. He has authored two authoritative seforim on the Halachic opinions of the Alter Rebbe and has also published many Torah articles in various venues.

In the new Kuntres, Rabbi Zajac doubles down on his position that according to the opinion of the Lubavitcher Rebbes an Eruv cannot be erected in Brooklyn or any other city which has a population of over 600,000 people. Many cities in the USA and abroad have 600,000. For example Los Angeles, Chicago, Houston, Boston, Paris, London, Buenos Aires, S. Paulo, etc.

Rabbi Zajac also strongly refutes all argumentations that were raised to counter his position laid out in his previous Kuntresim. He points out, that in his opinion, the position of our Rebbes on this topic is not merely a hiddur or the best way to do the Mitzvah, rather it is a Halachic imperative min hadin.

The Kuntres does not cast aspersions on other frum communities, who follow the directive of their expert Poskim on this subject. Rather it explores the view of our Rebbes, so that Chabad Chassidim who follow their rulings, halacha lemaaseh, should be aware of their rulings on this complex matter.