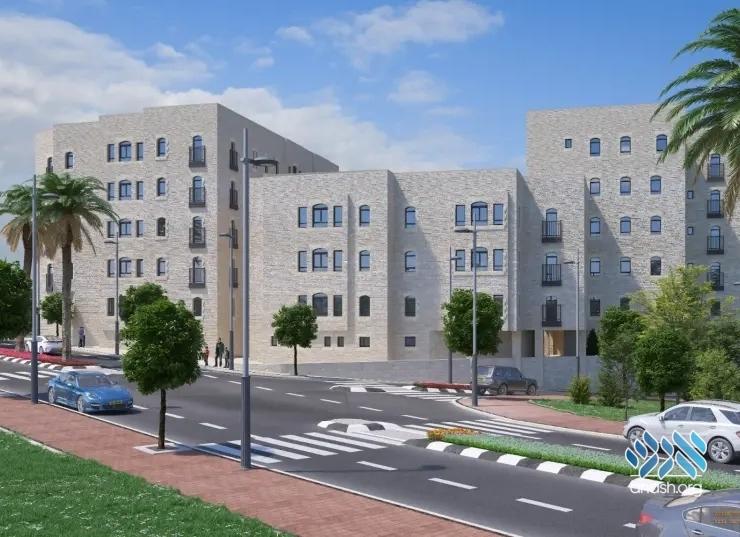 More than 100 years after the Rebbe Rashab purchase a plot of land in the city of Chervon, Israel’s Supreme Court gave the final green light for the construction of “Nachlat Chabad Quarter Hezekiah”.

Israel’s Supreme Court on Thursday rejected the appeal of Peace Now and the Chevron Municipality against a construction plan for a new Jewish neighborhood in the Old City of Chevron.

The approval of 31 six-story complexes is the first new construction to receive approval in 17 years. Once completed, Hizkiyahu Quarter will allow for the expansion of the city’s small Jewish community, who live in a section of the city under the IDF’s control.

The land was first purchased by the Rebbe Rashab in 1912 for the Toras Emes Yeshiva and retained by the Frierdiker Rebbe and Rebbe. According to a decision made in the Jewish community, the neighborhood will be named “Nachlat Chabad – Chezekiah Quarter”.

This development should excite every Lubavitcher Chossid,” says Shliach to Chevron Rabbi Danny Cohen. “From the vantage point of Shleimus Haaretz Chevron is the spearhead that symbolizes non-wavering to our enemies, and also from the esteem that the Rabbeim felt for the city of Chevron.”

The Hezekiah district is in the heart of the Jewish settlement in Chevron and the construction of the new Jewish neighborhood attaches great importance to the development of Jewish life in the city.

According to the Chevron Jewish community “The court’s decision ends a long legal campaign designed to try to deprive Jews of the basic human right – the ability to build a home.”

The right to housing has been denied at a time when Arabs in Hebron have built thousands of homes, including large buildings, the Jewish community said.

The judges further ruled that the Peace Now NGO and the Hebron Municipality will each pay the state and the Jewish settlement in Hebron NIS 10,000.