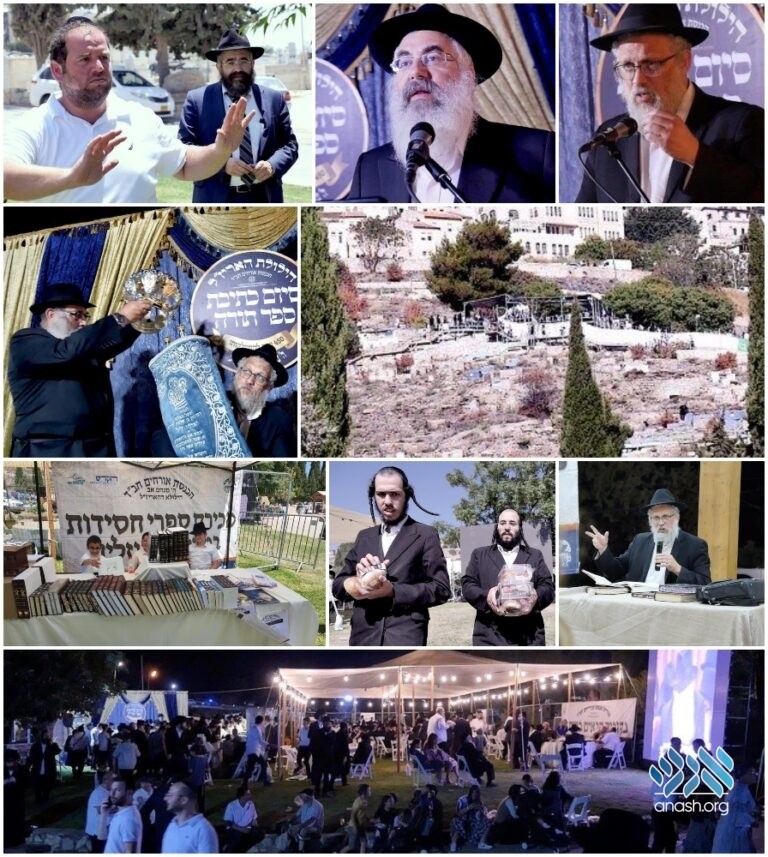 Thousands of visitors traveled to the ancient cemetery in Tzfas on Monday and Tuesday to mark the 450th yahrzeit of the Arizal. Chabad of Tzfas was on hand to welcome them with food, shiurim, and Chassidus seforim.

Thousands of visitors traveled to the ancient cemetery in Tzfas on Monday and Tuesday to mark the 450th yahrzeit of the Arizal hakadosh on Hey Av.

On site was Chabad of Tzfas who provided for the guests both spiritually and physically, continuing their annual tradition.

Organized and directed by Tzfas Head Shliach Rabbi Chaim Kaplan, a large hospitality complex was erected at the entrance to the cemetery where individually packaged meals were distributed to thousands of guests. The tent operated continuously for 24 hours, and over 10,000 meal packages were distributed, along with water and refreshments.

Visitors were also greeted by a huge screen playing videos of the Rebbe specially prepared and curated by JEM in honor of the yahrzeit. In a separate tent, bochurim were selling Sifrei Chassidus at a steeply discounted price. In another tent, Rabbis Asi Spiegel and Menachem Mintzberg delivered shiurim in the Torah of the Arizal, as illuminated by Chassidus.

Separate tents were also set up for women, with special shiurim in Chasssidus delivered there as well.

A special addition for this year, the 450th yahrzeit, was the Siyum of a Sefer Torah written in honor of the Arizal. The Torah had been begun exactly a year earlier, on the 449th yahrzeit, and the writing continued during the past year in the holy city of Tzfas.

Throughout the night, visitors inscribed the final letters in the Torah, which was then welcomed by a large crowd.

A specially-printed memento was also distributed to all passersby, encouraging the study of Pnimiyus Hatorah – the inner dimension of Torah, in line with the Arizal’s words that “in these generations, it is a mitzvah and obligation to reveal these secrets.”