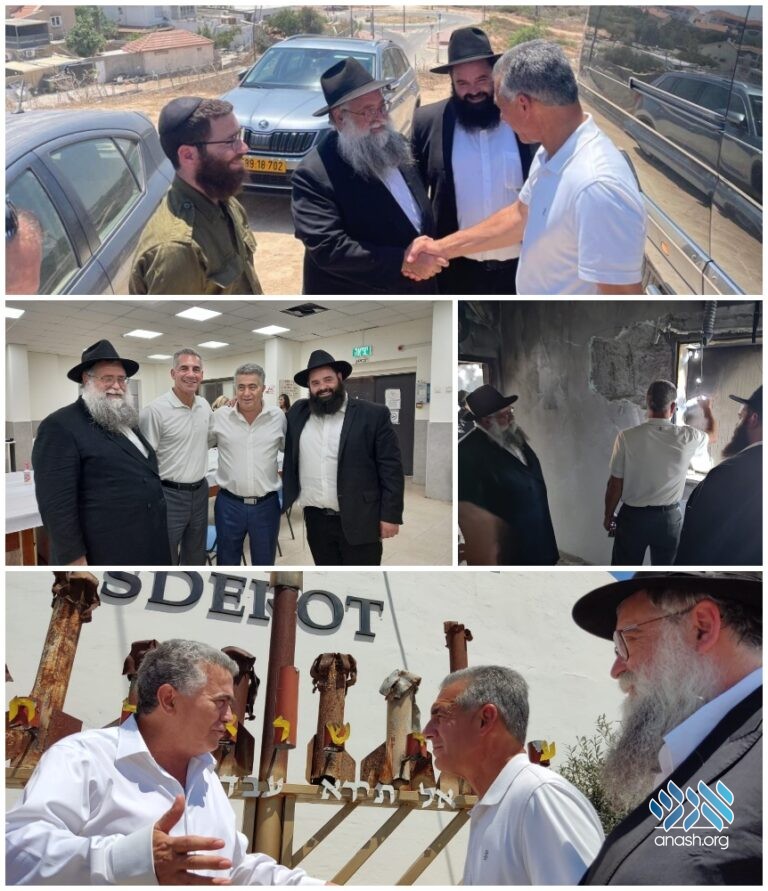 Jack Ciattarelli, who is running as the Republican candidate for Governor of New Jersey, paid a visit to Chabad of Sderot, located less than a mile from Gaza, where he heard about challenges faced by residents.

Jack Ciattarelli, who is running as the Republican candidate for Governor of New Jersey, was hosted by Chabad of Sderot, located less than a mile from Gaza, during a tour of the Gaza envelope.

The American politician came on a tour of the city with his wife and an entourage led by shliach Rabbi Avi Richler of Chabad of Gloucester County, New Jersey.

In Sderot, the candidate was greeted by shluchim Rabbi Moshe-Zev Pizam and his son Rabbi Asher Pizam. They met Assaf and Shani Avigal, parents of 14-year-old Ido Avigal, who was killed in the most recent round of fighting between Israel and the Hamas terrorist organization, and other local residents.

The group also visited the Iron Dome, local sites, and the Chabad House, where they met with former Minister Amir Peretz. The entourage was accompanied by Chabad reporter and resident of Sderot Mendy Rizel, who gave them a full tour of the city, continuing for several hours.