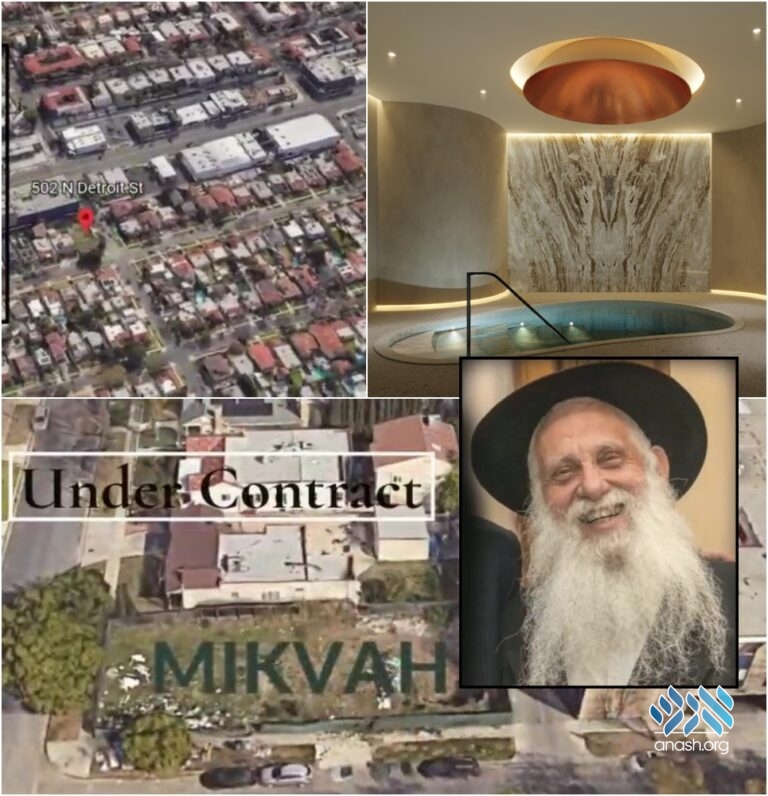 On the first yahrzeit of Rabbi Shimon Raichik, his family announced the launch of a campaign to build a Chabad mikvah in the La Brea neighborhood, fulfilling a lifelong dream of his.

Today, on the first yahrtzeit of Rabbi Shimon Raichik z’l, the Raichik family has announced the launch of a campaign to build a Mikvah in Rabbi Raichik’s z”l memory.

Rabbi Raichik had mentioned numerous times that he wished the members of the LaBrea community (his community) of Los Angles would be able to have a beautiful, private, and dignified mikvah experience with all of the Chabad hidurim. He was also concerned for the families on the brink of deciding to keep taharas hamishpacha properly, it could be the difference between a beautiful mikvah experience or a mediocre one.

When the Raichik family was deciding which project to take on as Rabbi Raichik’s legacy they received a very clear letter from the Rebbe emphasizing to create a beautiful women’s mikvah and all those involved in it will surely see brachos. Boruch Hashem, we are in escrow on a property in the heart of the community. We need to raise one million dollars to close the property and begin the process of permits and building.

Join us in making this mitzvah a beautiful one for the thousands of women in Los Angeles. Bringing more tahara to the Jewish people brings unbelievable brachos for children, shidduchim, and more.