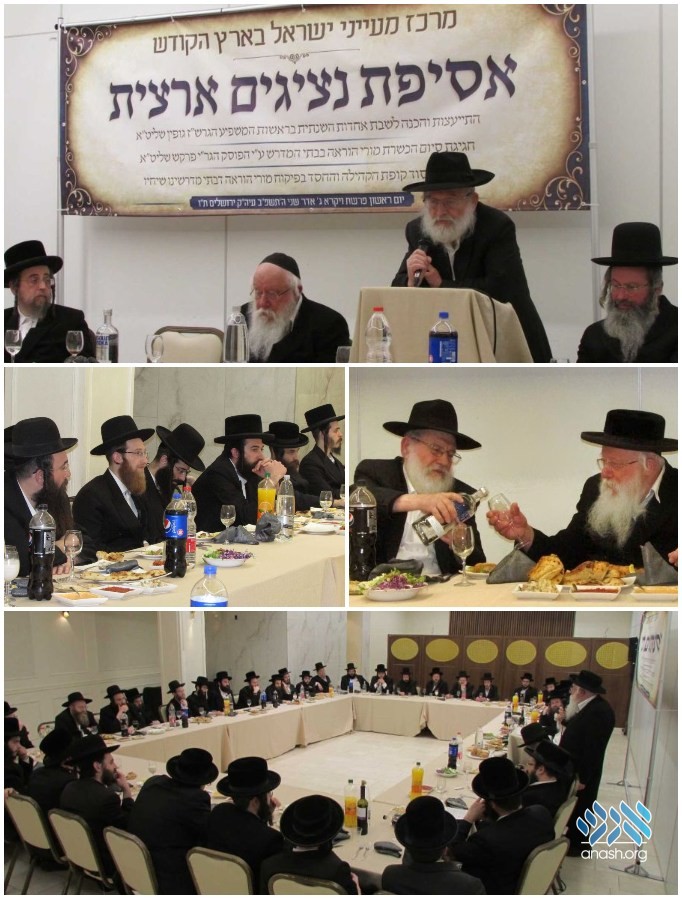 The Mayonei Yisroel network, which began as a program for Chassidus study, has morphed into a growing community. Last week, they achieved a new milestone when they installed rabbonim in their centers across Eretz Yisroel.

The last two decades have seen the ball of Chabad Chassidus spiral out of Lubavitch’s court. Yidden from all walks of Jewish life are seriously studying Chassidus without any connection to Chabad as a community or a culture. The positive side of this development needs no elaboration, nor does the disadvantage of forfeiting a connection to the Rebbe and not experiencing Chassidus as a lifestyle. What should be of particular interest is why this phenomenon is occurring.

Undoubtedly, one contributing factor is people’s natural reluctance to create upheaval and make major changes to their lives. Chabad has a mentality, culture, and minhagim which is different from other forms of Jewish life, be it Litvish, Modern Orthodox, or Chassidish.

However, the explosive growth in the number of those outside Chabad who study Chassidus has led to a grassroots movement of such individuals who seek comradery and guidance without having to relinquish what they are used to. The umbrella organization spearheading the institutionalization of this hodgepodge of idealistic iconoclasts is named Mayonei Yisroel.

This is no longer an organization that arranges shiurim or chavrusas in Chassidus. It is a network of shuls and kollelim in ten chareidi cities in Eretz Yisrael, with sporadic national events for men and women. R’ Zalman Gopin and R’ Chaim Sholom Deitsch serve as head mashpi’im, but a homegrown cadre of their own products deliver shiurim and farbrengens on a regular basis.

Last week another milestone solidifying Mayonei Yisroel into a full-blown community was a celebration installing rabbonim in several of the shtiblach around Eretz Yisroel. The Rabbonim recently completed a shimush course organized by Mayonei Yisroel under the guidance of the rov of Mayonei Yisroel in Yerusholayim and renowned posek Harav Yekusiel Farkash. Understanding that communities need leadership and rabbonim, the national leadership of Mayonei Yisroel recruited appropriate candidates from among the roshei kollelim and sponsored their shimush.