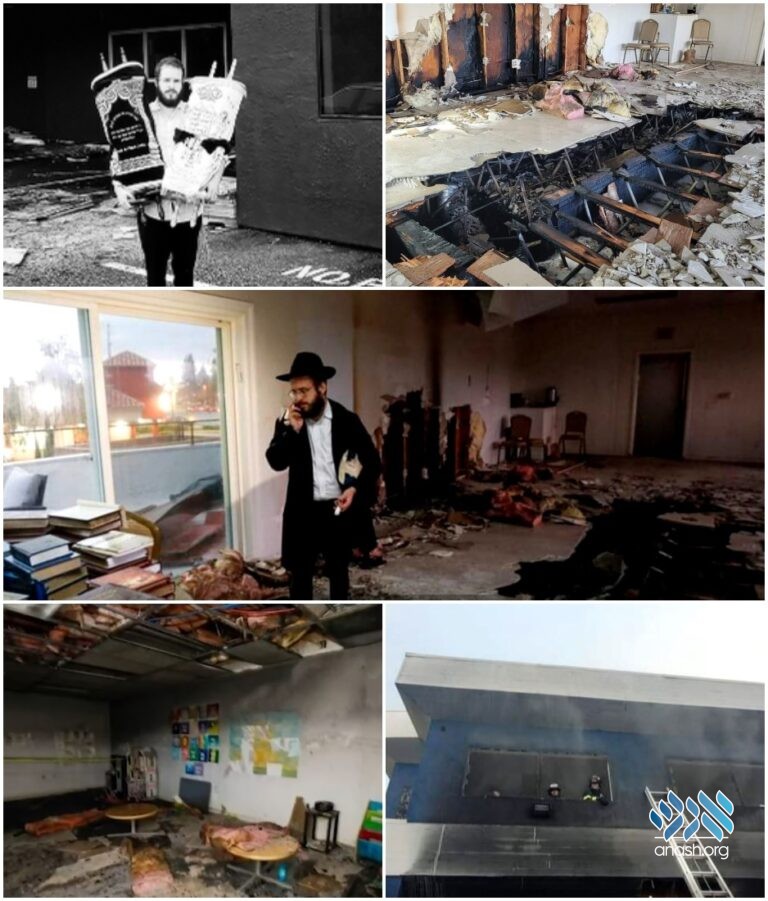 Just three days after the Chabad House in the Almaden neighborhood of San Jose, California was destroyed by a fire, vandals broke into the shul and stole any valuables that remained.

The Chabad House in the Almaden neighborhood of San Jose, California was destroyed early Wednesday morning when a fire ripped through the building. Just three days later, on Shabbos, the shul was broken into and vandalized.

With their shul in shambles, the community gathered for Shabbos services in a private home. After Shabbos, they were shocked to hear that vandals had entered the building and stolen whatever valuables they could find. The building’s security cameras were no longer working due to the fire, so there is no way to identify the looters.

“We are shluchim of the Lubavitcher Rebbe, on a mission to spread light, spread Torah, spread mitzvos, and bring a smile to another Jew,” Rabbi Mendel Weinfeld said. “Unfortunately this is what happened to us, but we won’t be discouraged. We need to rebuild, and build much bigger than before.”

The fire that devastated their Chabad House appeared to have been started by a man who can be seen on security footage outside the building, on Wednesday at around 2:00 am. After a half-hour, he left and smoke could be seen rising from the building. A short while later, another person arrived at the scene and poured water on the smoking area, however the fire was not extinguished. It traveled through the air vents of the building to the attic and over the next few hours it spread throughout the entire Chabad House.

The identity of the suspect remains under investigation by the police department. “We don’t know if this was an antisemitic attack or an accident. We’ll only know when we find him,” said Rabbi Weinfeld.

Rabbi Mendel Weinfeld and his wife Mussi renovated and opened this new location only three months ago. They were welcomed by the local community who appreciate and support their work, as can be seen by the many local donors who are now pitching in to help them rebuild.

Maryann Barsky, a member of the community, started a campaign to raise the funds they’ll need to build back stronger.

“Despite all of this destruction we’re grateful to Hashem that no one was injured and that the Sifrei Torah were saved,” she wrote. “We’re grateful for all the love and support and will use the funds to find a new space for the time being and then build a much larger building for the Jewish community!”