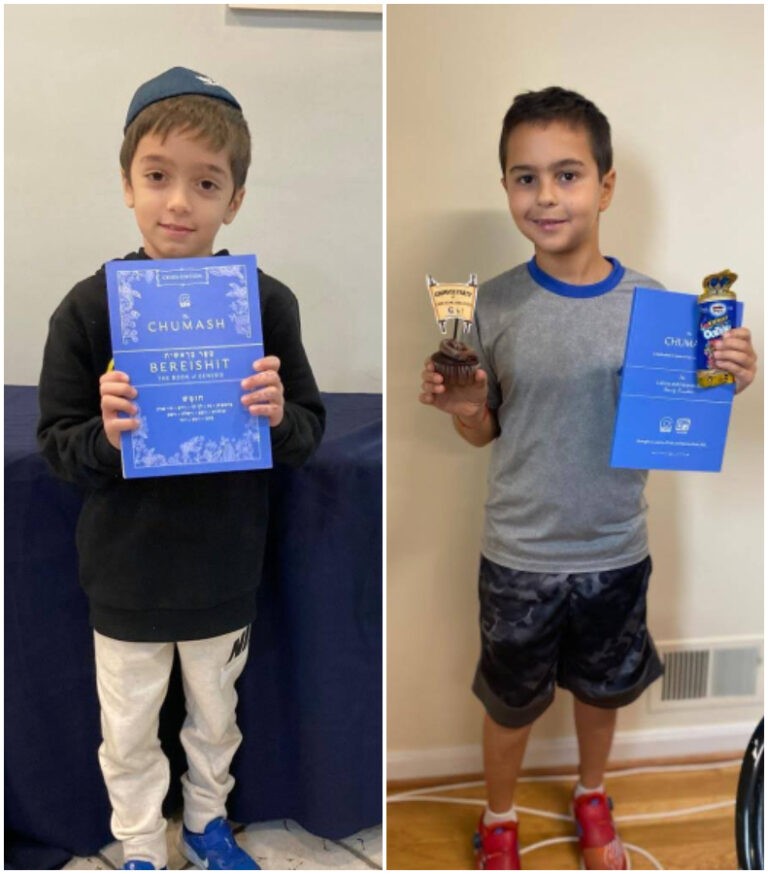 A new and innovative Chumash produced by CKids International geared towards Hebrew School Children hopes to give them an appreciation for the Torah and its stories in a new way.

A new and innovative Chumash produced by CKids International geared towards Hebrew School Children hopes to give them an appreciation for the Torah and its stories in a new way.

“The idea came from a brainstorm session with our Vaad of Shluchos,” says Mrs. Chaya Loewenthal, Co-Director of CKids International. We were trying to take the stories of Bereshis from being stories in the children’s minds to something meaningful.”

The CKids Chumash allows young students to take the Torah in their hands, to have the simple pleasures of turning the pages for themselves and seeing where the stories come from.

Children are intimately aware of that which they can touch, that which they can feel and hold. For this reason, the makers of the Chumash believed each student having their own copy is essential. “We wanted the kids to know that Torah is a part of Jewish living. We live with the Parsha of the week, and it’s never been taught to kids in Hebrew school in that way before,” says Chaya Zirkind, Program Manager for CKids Hebrew School.

“First, we taught them about the general concept of the Torah, that every scroll is a direct copy of the words received by Moshe on Har Sinai thousands of years ago,” explained Mrs. Nuchie Zirkind, Shlucha to Hunt Valley, MD, “then they learn how the Chumash is an exact copy of the Torah and that by holding it in our hands we’re holding the word of Hashem, that’s what’s so impactful about this Chumash.”

The printed format is particularly unique. Before each section, the reader is alerted to narrative events and foundational Jewish concepts to look out for in the text. An example of this in the first section, under the heading Source It!, is a quotation from the Chumash and the question, ‘These three sentences are a part of the Kiddush Prayer we say every Friday night. Can you find them in your Chumash?’ There is then an icon displayed that the reader is invited to look out for when it appears in the Parsha to find the answer.

“When I first heard the idea, my reaction was, ‘They’re giving a Chumash to kids who are just beginning to study Aleph Beis?, said Zirkind. “But to my pleasant surprise, every single child got the message: The Torah is yours! Hashem gave the Torah to you, and you could study and take the Torah wherever you go, wherever you are.”

The translation after each section, created by Mrs. Chava Witkes, not only makes the latter simple and understandable but also seeks to convey the text’s importance as the foundation of how Jews live. For example, the summary of Bereshis includes the explanation; ‘In six days, Hashem created everything in the world—absolutely everything people would need—so that it would be a good place, a place where people could do mitzvot.’

Afterward, the Chumash includes questions about what the reader has learned. For example: ‘Why was the world created?’, allowing for referral back to both the summary and the Parsha itself. In so doing, the creators of this Chumash seek to impart lasting lessons the children can take with them into the rest of their lives.

“The vision was that when a Jewish child holds their very own copy of the authentic and eternal Chumash, it will make their Jewish identity and heritage real to them,” said Rabbi Mendy Kotlarsky, Executive Director of Merkos 302, “we are glad to see that the children are really connecting to the concept and are walking away excited about their Judaism.”

The CKids team put in tremendous effort and creativity to have the Chumash display the roots of the stories in the words of the Torah without the need for advanced prior knowledge. Rabbi Levi Groner designed the template, Rabbi Yaakov Gershon served as a content editor, Meir Zirkind as a content collector, Mrs. Sara Bluming as editor, and Mrs. Chava Witkes wrote the summaries with help from Mrs. Mushka Loewenthal, Chaya Zirkind and Yael Resnick to produce these volumes.

In each day and age, the teachings of the Torah have been repackaged in a new way to resonate with that generation. The production of this Chumash seems only to verify that fact. As the question quoted above asks, ‘Why was the world created?’ and as it answers in summary above, ‘So that it would be a good place, a place where people could do mitzvot.’

You can see a sample of the Chumash below: