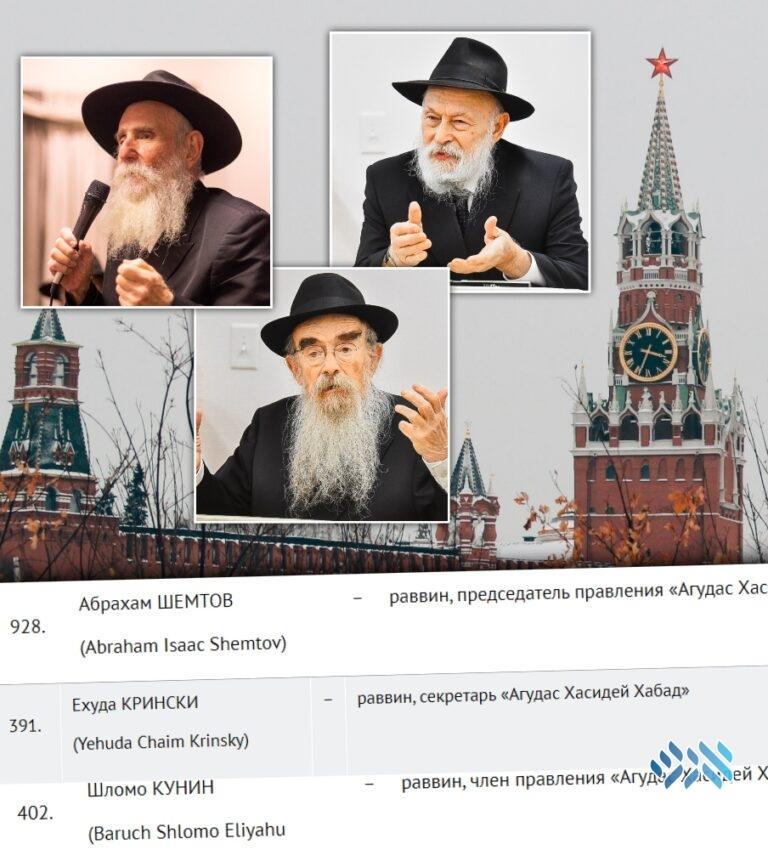 Three prominent Lubavitcher rabbis were among the 963 Americans “permanently banned” by Russia in response to US sanctions levied followed the invasion of Ukraine.

Three prominent Lubavitcher rabbis were among the 963 Americans “permanently banned” by Russia in response to US sanctions levied followed the invasion of Ukraine.

The list, published on Shabbos by the Russian Foreign Ministry, features a wide-ranging collection of Biden administration members, Republicans, tech executives, journalists, lawmakers who have died, and regular U.S. citizens who the Ministry claim “incite Russophobia”.

Russia’s Foreign Ministry did not detail the reason for most individuals on the list, and did not specify why the rabbis had made it on. Each of the three, however, have been involved in efforts to have Russia return the Schneerson Collection to Chabad’s ownership, a move that Russia has decried on numerous occasions.

The ban would prevent the three rabbis from visiting Russia, including the town of Lubavitch, the birthplace of the Chabad-Lubavitch movement. But it would not take much to guess that the ban will not deter them in the slightest from their efforts to have the library returned to its proper owners.