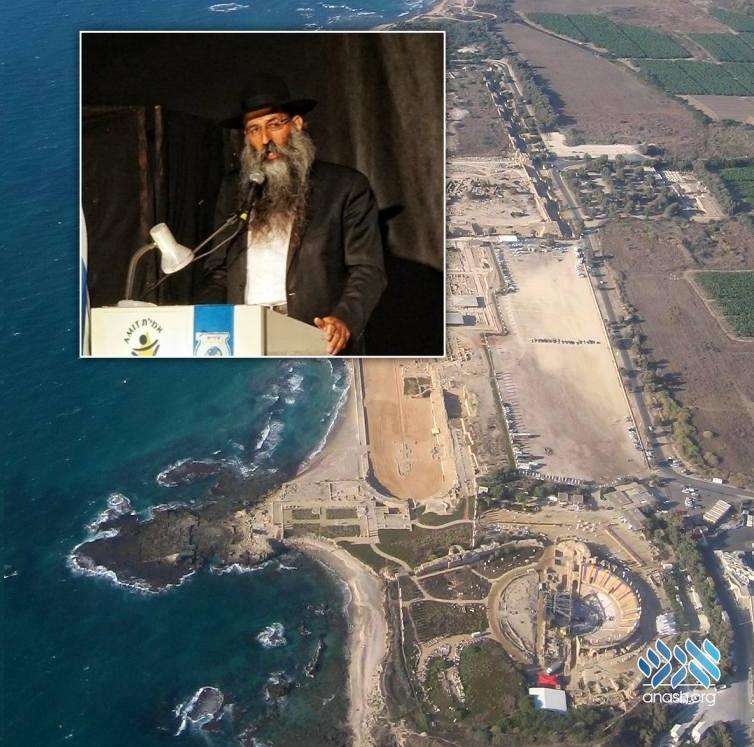 Rabbi Eliezer Shmulevitz, a renowned talmid chochom who serves as the shliach to the Israeli city of Ohr Akiva, was confirmed as the Chief Rabbi of the prestigious Casarea locality, in what is being called “an impressive feat for Chabad.”

Despite a political gridlock, and a full two years after he was elected, Rabbi Eliezer Shmulevitz, a renowned talmid chochom who serves as the shliach to the Israeli city of Ohr Akiva, was confirmed as the Chief Rabbi of the prestigious Casarea locality.

Rabbi Shmulevitz was elected as the locality’s Chief Rabbi nearly two years ago, in an election that saw no less than seven rabbis run for the position. Nevertheless, the position was never ratified due to the political situation in Israel, which saw four election cycles in less than two years.

Even after the installation of the current government, headed by Prime Minister Naftali Bennett, the appointment of municipal Chief Rabbis has been stalled, with political fighting preventing any party from putting up candidates. According to a report by the Ministry of Religious Affairs, there are currently about 40 major cities and towns in Israel that have not had a chief rabbi for years.

In light of the challenges, the confirmation of Rabbi Shmulevitz is being called “an impressive feat for Chabad in Eretz Yisroel,” for managing to ‘walk between the raindrops’ and bring the appointment to reality.

Over the past 37 years, Rabbi Shmulevitz has served as the shliach to Ohr Akiva, a city located on Israel’s country’s coastal plain, just inland from the ancient port city of Caesarea and the Mediterranean Sea. In parallel with his activities in Ohr Akiva, he also served the community in nearby Caesarea. In his position, he came to be widely respected both for his work with the community, and as a talmid chochom.

His reputation stood him in good stead during the election for the position, which was highly sought after due to Caesarea’s status symbol owing to its high socio-economic status.

With the two-year saga finally coming to an end, the Ministry of Religious Affairs has hinted that elections for municipal Chief Rabbis may begin in more than 35 cities. Sources in Chabad in Eretz Yisroel say that the successful confirmation of Rabbi Shmulevitz will undoubtedly serve as the springboard towards the election of additional Lubavitcher Chief Rabbis in even more cities.