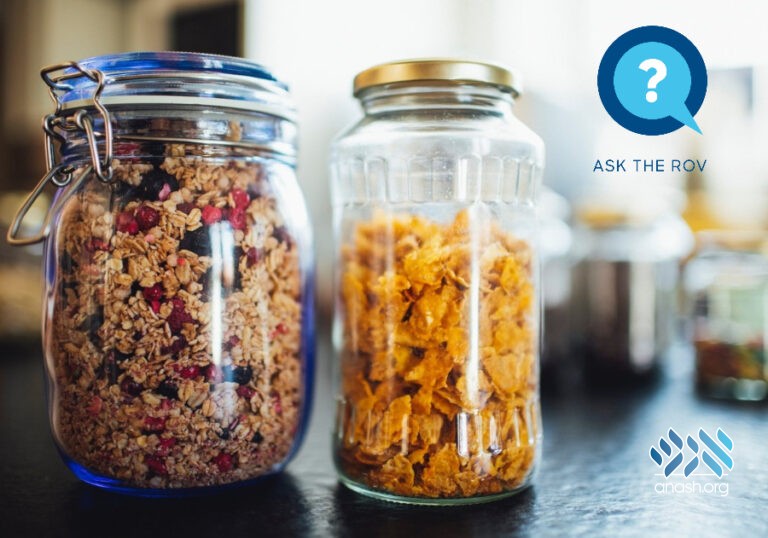 Ask the Rov: Do corn flakes need to be bishul yisroel?

Chazal prohibited food cooked by a gentile (bishul akum), either to prevent socialization that could lead to intermarriage, or to avoid being served non-kosher food (see issue 574). There are two primary exceptions: (1) Food that is regularly eaten raw in that locale; and (2) food not fit to be served at a royal feast. People generally don’t invite others to eat unimportant types of food, and the concerns behind the prohibition aren’t relevant.1

These determinations follow the current standards. Thus, although potatoes weren’t considered a royal food in previous times, today they are. While some poskim measure by what is served even at a fancy meal (e.g. Shabbos seuda), others follow the letter of the law, what it is eaten at royal feasts.2 Some present-day rabbonim have called the White house or Buckingham palace to hear if certain foods are served there.3

Contemporary poskim debate whether the determination follows whether this food is served at royal feasts in any form, or specifically in the way it has currently been prepared. A prime example where this debate comes to play is potato chips, where majority of contemporary kashrus agencies are lenient, however some are machmir, והמחמיר תע”ב.4

Canned food is not automatically exempt, and it depends on whether the specific food meets the above criteria.5 Canned beans, for example, do not require bishul yisroel as they are not served at royal feasts. Canned fruit are also exempt since they can be eaten raw.

The taste of certain fruits and vegetables varies from place to place and what is eaten raw in one location may not be in another. In these cases, the requirement for bishul yisroel follows the local eating custom.6

Some types of corn are eaten raw, while others aren’t. Baby corn is eaten raw in some locations and not others. Poskim explain that baby corn is edible raw and eaten that way where it’s available fresh, while in the other places it’s not available fresh. (An additional factor that some use to permit any canned corn is that corn isn’t served at royal feasts in the canned version.)

Hearts of palm, which is not available raw in America or Eretz Yisrael, is eaten raw where it grows. It is accepted to follow the place where the vegetable is actually cooked, which is the land where it grew, thus hearts of palm do not require bishul Yisroel.7

Corn flakes (and corn flake crumbs) have additional reasons for leniency since the corn from which corn flakes are made from is a lower quality corn than that served by royalty. (This could depend on the various companies.) Furthermore, corn flakes are not served at royal meals in that form.8