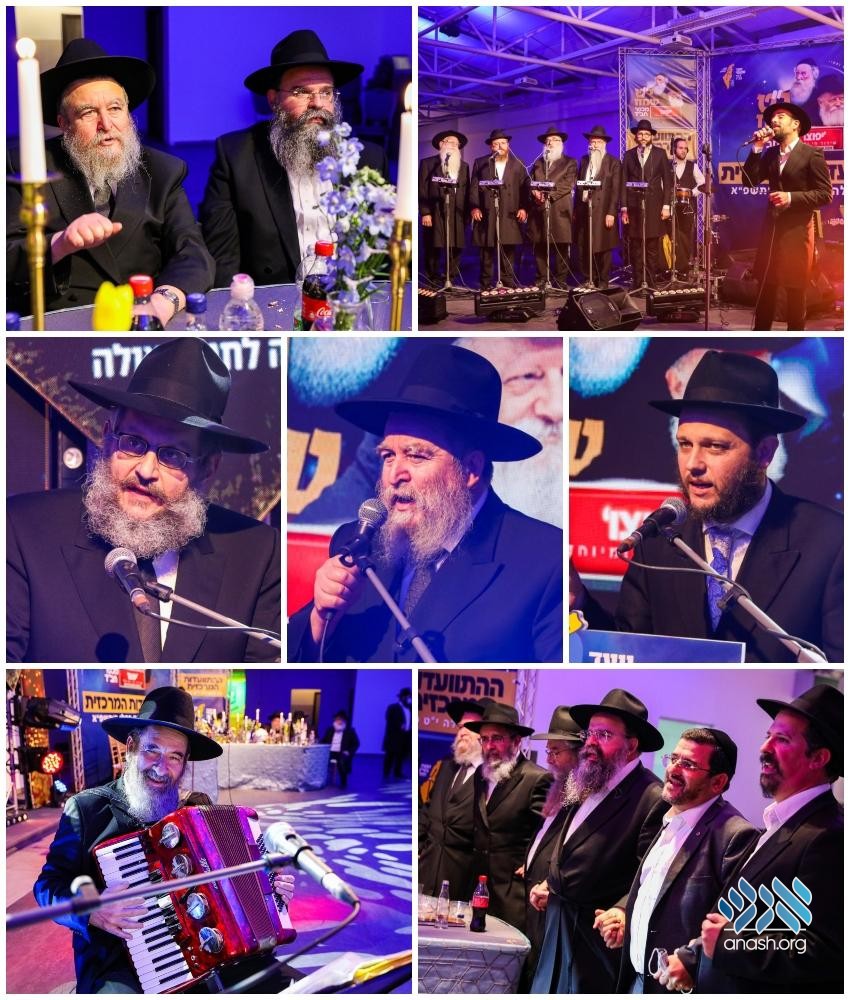 Thousands across the world tuned in to the central Yud Tes Kislev farbrengen broadcast live from Kfar Chabad. The event featured addresses from by Rabbonim and Shluchim and a special musical presentation.

Thousands across the world tuned in Motzei Shabbos to the central Yud Tes Kislev farbrengen broadcast live from Kfar Chabad.

The event was organized by the Kfar Chabad regional committee headed by Rabbi Shimon Rabinowitz and was addressed by Rabbonim and shluchim from around the world. Including Rabbi Yitzchak Shochet of the Mill-Hill Synagogue in London, Rabbi Mordechai Abergel, shliach in Singapore, Rabbi Shaul Wilhelm, shliach in Norway, and others.

The daled bovos of the Alter Rebbe was sung by Nemuel Harush accompanied by the Chabad Chassidim Choir conducted by R’ Shia Segal, and Mona Rosenblum‘s orchestra.