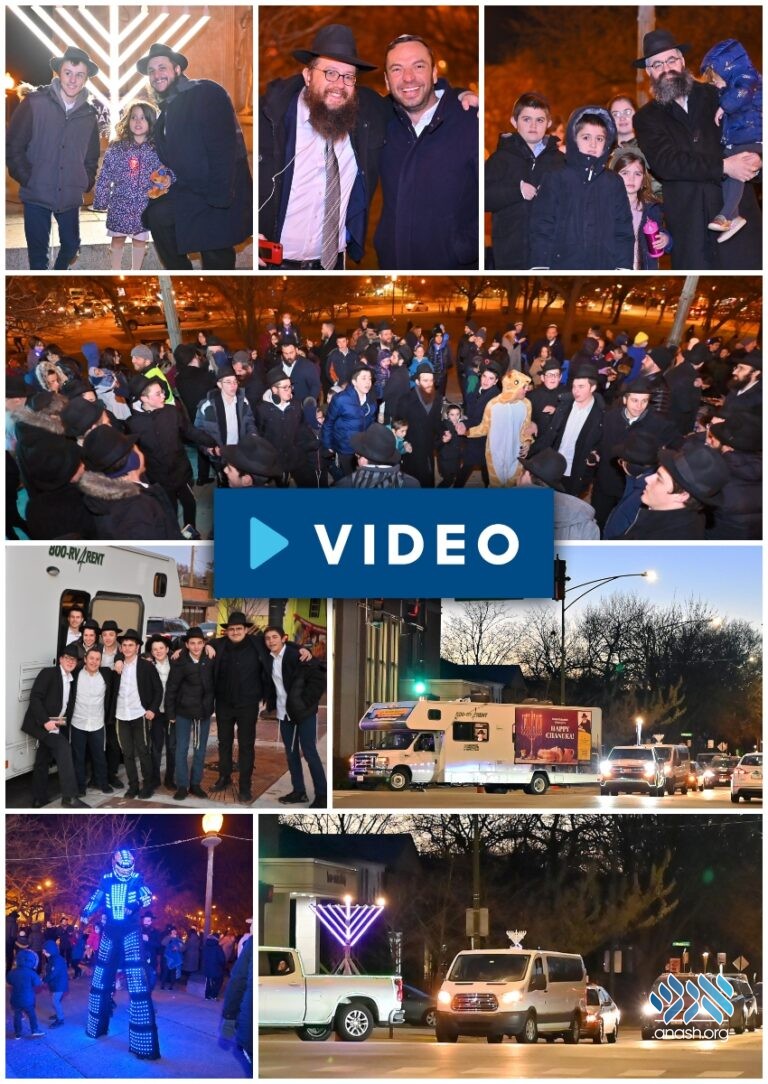 Over 50 cars adorned with cartop Menorahs joined Chicago’s annual car Chanuka parade, which drove by the windy city’s famous landmarks filling the streets with the message of Chanuka.

Like dreidels and sufganiyot, Chanuka is only complete with a car-top Menorah parade.

For over 25 years Lubavitch Chabad of Illinois has provided and installed cartop Menorahs and organized a police-escorted parade through the city each year. The highly anticipated event turns Moms’ taxis and sleek sports cars into mobile messengers of light and joy, filling the streets with the message of Chanukah.

As the years have accumulated, the challenge of adding a fresh angle becomes trickier. Baruch Hashem the community has grown and many of the satellite Chabad Houses organize their own parades so Rabbi Yosef Moscowitz, Executive Director of Lubavitch Chabad of Illinois, has his hands full trying to create something new each year that will dazzle the crowd and attract more participants and make more people aware of Chanukah.

Last year it was the pandemic that led to the “stay in your car” and join along format; this year with the restrictions relaxed and people anxious to join the crowd, something special was needed.

On Sunday evening, the first night of Chanukah, more than 50 cars, trucks, and vans adorned with cartop Menorahs and speakers churning out the Chanukah music and message off they went. The launching pad was the regional headquarters of Lubavitch Chabad of Illinois. From there the parade, led by Lubavitch Chabad of Illinois’ fully loaded Mitzvah Tank, driven by Mr. Levi Staal, snaked its way through the neighborhood and onto the famed Lake Shore Drive. All along the way people waved and pulled out their iPhones to capture the moment. Parade drivers waved back and offered menorah kits and chocolate Chanukah gelt.

The parade culminated at Logan Square, under the auspices of Rabbi Yosef Moscowitz. There the music played, the donuts, hot latkes and LED necklaces were distributed, and Yarden Landauer – who had driven a truckload of Menorah kits and giant public menorahs from New York to Chicago to make sure they would be there to give to Jews hopeful to perform the mitzvahs was honored with lighting the 12-foot Menorah.

The Chanukah LED Robot entertained, passersby received their own menorah kit and donuts and were encouraged to take a kit to share with a friend.

The weather was cold, but the latkes and joy warmed everyone’s souls and once again the Cartop Menorah parade publicized the miracle and kick-started Chanukah with its unique power!