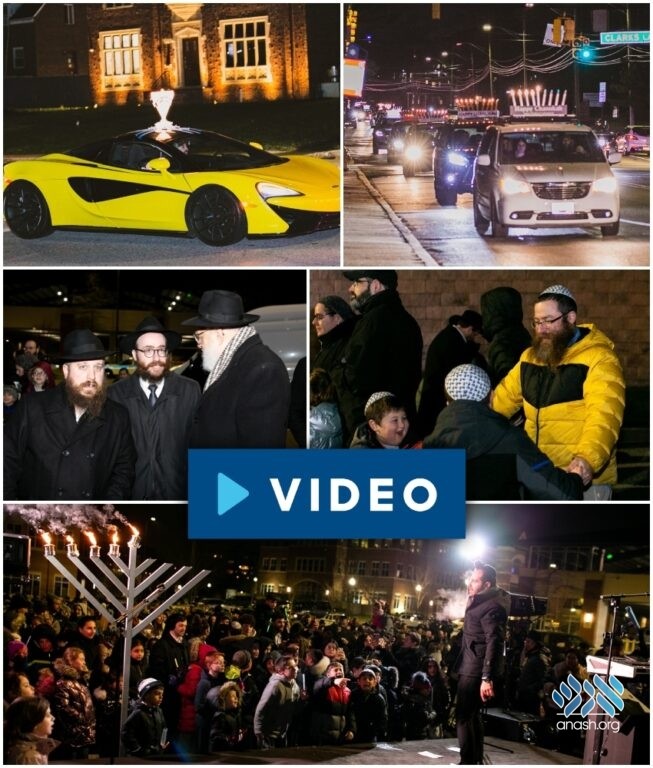 Close to 100 Menorah-topped cars and Police vehicles paraded through Northwest Baltimore and Baltimore County, spreading the light and joy of Chanuka. Hundreds of residents came out to watch the parade pass by.

The Baltimore Community was looking forward to one of the highlights of Chanukah, the Car Parade and Grand Menorah Lighting.

Close to 100 Menorah-topped vehicles and Police vehicles paraded through Northwest Baltimore and Baltimore County led by Baltimore City and County Police Departments, spreading the light and joy of Chanukah. The Parade was led by 12 Police Motorcycles. Hundreds of people came out of their houses to watch the parade pass by. The Parade passed by the 770 building of Yeshivas Lubavitch of Baltimore.

The Parade ended at Quarry Lake where once again a grand Menorah Lightning, fire and sword swallowing show and a concert by Eli Atias took place sponsored by Chabad of Maryland and Chabad of Park Heights.

The event was organized by Regional Director of Chabad of Maryland Rabbi Shmuel Kaplan and Shliach to Chabad of Park Heights Rabbi Shmulik Raices who emceed the event. Over 1000 people attended.

Rabbi Shmuel Kaplan noted that the mitzvah of lighting the Menorah is “Al Pesach Bayso Bibachutz.” In a time when many are seeking ways to counter the growing antisemitism, the Menorah gives us the answer. Being proud of our Yiddishkeit and demonstrating it to the ‘outside’ is the best response. Rabbi Elchonon Lisbon, director of Chabad of Park Heights shared a few words of inspiration and lit the Menorah.

The parade was organized by Baltimore Shliach Rabbi Chesky Tenenbaum, director of the Jewish Uniformed Service Association of Maryland-Chabad, and Chabad Centers of Baltimore with the assistance of Rabbi Shmuel Kaplan, Regional Director of Chabad of Maryland.

The parade was made possible through the coordinated efforts of Baltimore County Police and Captain Bylen and Baltimore City Police and Sgt. Currie. A special thank you to Obrecht Properties and Yoel Shernofsky.