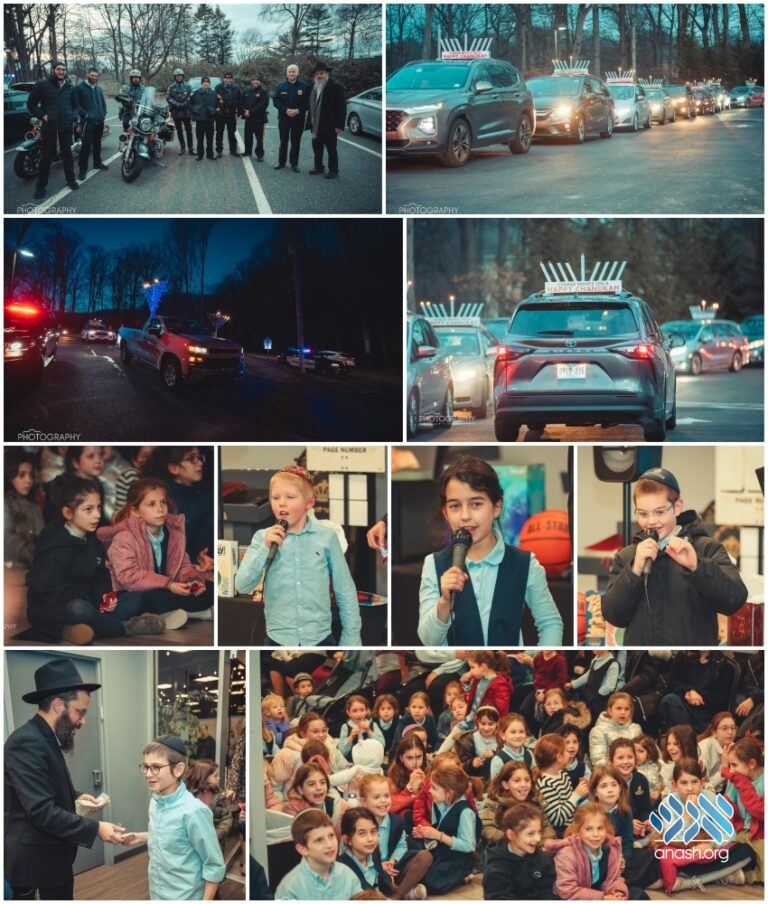 On the second night of Chanukah in New Jersey, the Morristown and Livingston communities joined for a Car Menorah Parade from the Rabbinical College of America to Chabad of West Orange, with 120 cars participating.

Music played, people cheered and drivers honked their horns as the festive menorah car parade of New Jersey made its way from Morris County to West Orange on Monday evening, the second night of Chanukah.

The participants, from the Morristown, West Orange and Livingston communities, gathered at the Rabbinical College of America-Lubavitch on Sussex Road in Morristown at 4:45 p.m. There the menorahs were affixed to the top of their cars and the parade began at 5 p.m.

The parade drove to Chabad of West Orange where a grand menorah lighting and celebration was held with donuts Chanuka gelt and prizes for the children.