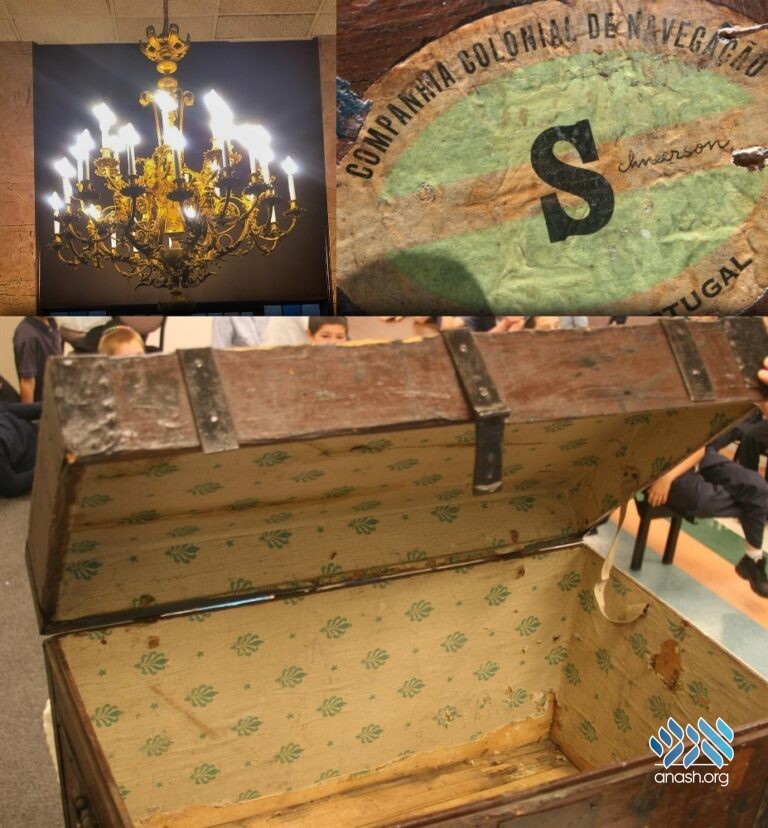 In honor of the 80th anniversary of the arrival of the Rebbe and Rebbetzin to the USA, an Anash.org reader sent in an interesting anecdote connected with the day, leaving the reader off with a question. Do you know more details?

In honor of the 80th anniversary of the arrival of the Rebbe and Rebbetzin to the USA, an Anash.org reader sent in an interesting anecdote connected with the day, leaving the reader off with a question.

The boat that the Rebbe and Rebbetzin arrived was the S.S. Serpa Pinto. During the years of WWII, the Serpa Pinto achieved a kind of celebrity status as it transported over 110,000 passengers across the Atlantic Ocean, more than any other Portuguese civilian ship.

Over five decades after the arrival of the Rebbe and Rebbetzin, a discovery made by West Coast Head Shliach Rabbi Shlomo Cunin shed some light on the journey.

The year was 5754. Rabbi Cunin was then in the process of cleaning the basement of 770, one of the many renovations and repairs he sponsored over many years.

After each renovation that he paid for, Rabbi Cunin would take back large pieces of 770 to his Chabad House in California. Until today, one can see a window, drop ceiling, tiles and much more from 770 in Rabbi Cunin’s Chabad House, and many more artifacts were distributed to shluchim over the years.

On that occasion, Rabbi Cunin made a startling discovery: A large trunk with sticker attesting that it had crossed the ocean on the S.S. Serpa Pinto! On closer examination, he noticed that one sticker had the Rebbe’s full name, and the second had the Rebbe’s last name, both written in the Rebbe’s holy handwriting…

But what he found inside was even more surprising. The trunk contained a old chandelier, decorated with images of faces. Each face had its nose rubbed off.

When Rabbi Cunin began asked around about the box and the chandelier, he quickly realized that no one had ever seen the box, and definitely had not seen the chandelier.

Had the Rebbe and Rebbetzin brought the chandelier from Europe? Had it been placed in the trunk at a later date? How had it ended up in the basement of 770? No one seemed to know.

Rabbi Cunin took the chandelier together with the trunk back to California, and it currently hangs in Chabad of California Headquarters.

Do you know any more details about the trunk or the chandelier? Let us know in the comments below.