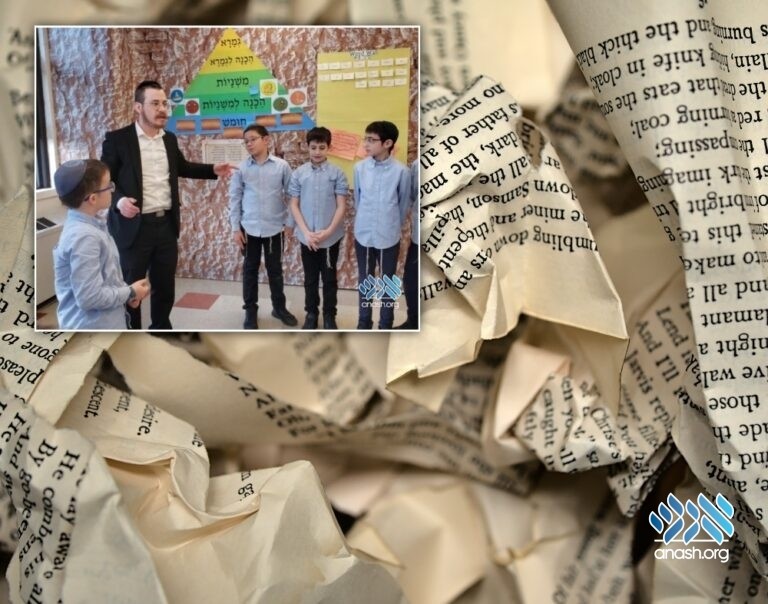 Parsha Thoughts by Rabbi Shmuel Wagner: The Greeks were curious to converse with the Jews, well-known for their scholarly skill. They came – and they were disappointed.

They came to the Land of Israel interested and intrigued.

The Greeks were curious to converse with the Jews, together to discuss deep ideas and thoughtful theories.

The Jews were well-known for their scholarly skill, and the Greeks were no dummies themselves. The Greeks were the progenitors and purveyors of profound philosophies. Socrates, Plato, and Aristotle; the pride and passion of Greek culture.

They came – and they were disappointed.

For the Jews demonstrated that they are committed to Hashem and His Torah, even when illogical. The Jews were strong about their devotion to fulfilling Hashem’s Mitzvos, even if they are incomprehensible.

This irked the Greeks.

The Greeks angrily oppressed the stubborn Jews. They called in the heavy elephants, and they prepared to present their powerful presence to the pathetic people of Israel.

Is this the Chanukah story with which you are familiar? The war between the logical Greeks and the illogical Jews? The rational Hellenics and the suprarational Hebrews?

It is much deeper than that.

Even “Chukim” did not bother them. In truth, the Greeks were wonderfully comfortable with absurdities, with illogicalities, with living a life filled with irrationalities. They themselves served deities. But only because intellect so dictates.

To do a Mitzvah that does not make sense indeed made sense to the Greeks. To fulfill a fantastical commandment simply because one was thus told actually appealed to the Hellenics. But only because rationale so requires.

But the Jews – the real Jews – had this air about them that just did not conform to the very foundation of Greek ideology.

This bothered the Greeks. They could not wrap their brains around the concept of a human being not being enraptured with wrapping their brain around a concept.

But, the Jews were committed to something more Supreme.

As the dust settled on the 25th of Kislev, the drastic difference between the Greeks and the Jews in their deference to the Divine was uncovered.

The Greeks respected Hashem – and the Jews’ devotion to Him – because he is the Omniscient, the All-Knowing. Hashem was a marvelous concept to the Greeks, because He is much smarter and wiser than any human. They could submit themselves to Him, because they reckon that He has a reason for everything He says, even if His reason cannot be grasped by finite, human brains. The Greeks would even be ready to fulfill Chukim! Because there are certainly deep reasons associated with them, and the very notion of being submerged in a thought that is deeper than mine is naturally enticing to a developed mind.

Lehavdil, us Yidden respect Hashem – for no reason. There is no “because” in that sentence. “Logic”, “Intellect”, “Wisdom” – these terms do not define Hashem, nor our connection to Him. We do not need to rely on Hashem’s Omniscience to be able to trust Him. We trust Him. That is it. Our Neshama binds us with the Essence of Hashem, in which wisdom does not play even a partial role. We do Mitzvos, not looking for a reason, not even relying on Hashem’s Reasoning, but simply because this is Hashem’s Ratzon, Hashem’s Will.

Intellect does not impress us.

Yes, we are bound to Hashem also through tremendous levels of rationale, knowledge, and thinking. Those are all Mitzvos in their own right. But not because they possess any inherent value over what robotic obedience would be. We think – because Hashem empowered and instructed us to. We learn, and we enjoy our learning, because that is a way (not the way) that we can connect to Hashem. Subsequently, when we are commanded to behave in a certain way that defies logic, that is fine too, because logic was never the criterion for our eternal bond with Hashem.

Intellect does not impress us. Thus, the Greeks could not oppress us.

Bring on the elephants. We will fight back. No, it does not make sense, but when did sense ever matter in light of what is right?

Speaking of light, it did – for eight days, even when naturally it should not have. Hashem is not intimidated by the nature that He created, and our essential connection to Him energizes us, too, not to be.

This is the Chanukah story.

The Greeks are alas alive and well. The Greek culture is dominant in our lives, our homes, and our schools. Unfortunately, we sometimes fall prey to the temptation of intellectual prowess. As humans, we easily concentrate on our highlight as humans – our logic – and we lose focus of our highlight as Yidden – our Neshama.

As teachers, do we not sometimes prioritize marking the test, ignoring the rest?…

As parents, do we not sometimes impress the importance of getting good grades and not necessarily of investing effort and utilizing time?…

As a community, do we not sometimes place an emphasis on knowledge and genius more than on Yiras Shomayim, and good ole’ Kabolas Ol?…

Rationale is revered, wisdom is worshipped. Success is sized by scholastic standards, and admiration is acquired by academic achievements.

Can we please stop idolizing intellect?

It is Chanukah. It is time to realign our Jewish pride with our true Jewish identity. It is time to reaffirm that what makes us unique, what keeps us special, and what gave us this wonderful Yom Tov, was never our intellectual aptitude nor our logical flair. It rather was, is, and always will be, our unbudging, steadfast relationship with Hashem that supersedes all natural, logical and rational rules.

As teachers, let us please take it upon ourselves to notice and acknowledge our students Yegi’ah – at least as much as we give attention to their Yedi’ah.

As parents, let us please encourage our children to feel special when they go out of their comfort zone and control their Yetzer Hara – at least as much as when they get a good grade.

As a society, let us please place importance on serving Hashem with fervor and holiness – at least as much as on the Geshmak of a good Shiur.

It behooves us to live our lives in a way that would commemorate why the Maccabees were ready to sacrifice theirs.

(Based on the Maamar “Tanu Rabanan Mitzvas Ner Chanukah” 5738)