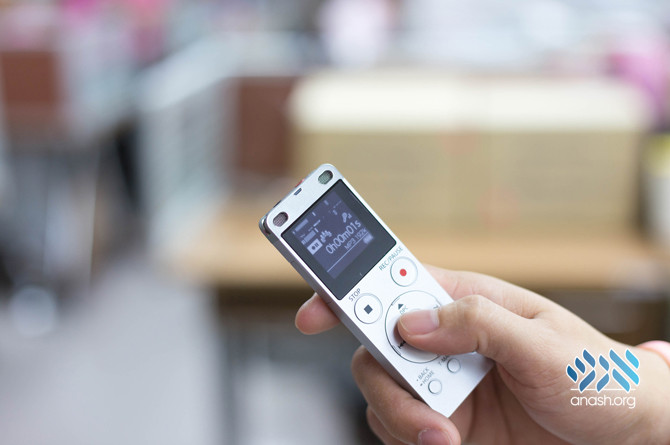 I read your article about not revealing private conversations under ordinary circumstances, but what about simply listening to or recording a conversation on the off chance that I may in the future need to use it? For example, what if I suspect that someone may be up to no good?

And what about virtual assistants, like Google Assistant, Amazon’s Alexa or Apple’s Siri, that are capable of recording conversations taking place around them—is having them constantly record conversations a problem?

As discussed in the article about revealing private conversations, the opening verse in Leviticus states, “And He called to Moses, and the L‑rd spoke to him from the Tent of Meeting, to say [leimor].” The word leimor means “to say over to others.” From this extra word, the Talmud understands that had G‑d not authorized Moses to share the communique that followed, Moses would have been forbidden to do so under ordinary circumstances.

So we’ve already established that revealing private conversations is generally prohibited. The question now becomes whether you yourself are permitted to listen in.

In Jewish law, invasion of privacy is referred to as hezek re’iyah, “damage by vision.” So if two people share a courtyard, one can (usually) compel the other to help build a dividing wall to prevent the neighbors from seeing into each other’s property. However, the halachah is that unless the community has a differing custom, the fence can be extremely thin.

Rabbi Menachem ben Solomon Meiri (1249–1306) explains that the fence can be thin because we are not concerned about hezek shemiyah, “damage by hearing,” since the average person is careful of what he says. This is understood to imply that people are generally more careful of what they say in a yard, which is out in the open. However, under other circumstances, overhearing someone could indeed be considered “damage by hearing.”

Others, however, point out that although there is a discussion in Jewish law about certain aspects of the fence, such as how tall it needs to be, there is no discussion about it being able to block out sounds, implying that the concept of hezek re’iyah, “damage by vision,” doesn’t necessarily extend to hezek shemiyah, “damage by hearing.”

Although this gives some perspective about conversation out in the open, we still need to discuss the issue of more private conversations.

Rabbeinu Gershom ben Judah (c. 960–1040), commonly known by the title Rabbeinu Gershom Me’or Hagolah (“Our Teacher Gershom, the Light of the Exile”), famously issued a cherem (ban) on the unauthorized reading of private letters (unless they were thrown out). Unlike some of his other bans, this one was accepted and embraced by both Sephardic and Ashkenazic communities and is therefore considered binding on all Jewish communities.

According to most, this ban extends to all forms of communication and, as such, one would be forbidden from even listening to, never mind recording, private conversations that others are having. There are some, however, who are of the opinion that the ban pertains specifically to written communication and does not necessarily extend to oral communication, although they would agree that some of the other potential prohibitions discussed here would apply.

But there are other reasons aside from Rabbeinu Gershom’s ban that would make listening to other people’s private conversations forbidden.

The Torah prohibits gossiping, as the verse in Leviticus states, “Do not go around gossiping among your people.” Maimonidies writes, “Who is a gossiper? One who collects information and [then] goes from person to person, saying, ‘This is what so and so said,’ ‘This is what I heard about so and so.’ Even if the statements are true, they bring about the destruction of the world.”

This would seem to imply that as long as you didn’t reveal the private conversation, you have not transgressed the prohibition of gossiping.

Rabbi Yaakov Chagiz (1620–1674), however, opines, “What difference is there whether one gossips to others or gossips to himself?” Even just listening to another’s private conversation without permission would thus be a violation of the biblical prohibition against gossip.

Additionally, Rabbi Yehuda Hachassid (1150–1217) writes that one shouldn’t be in a place where he is very likely to hear other people’s private conversations. He goes so far as to relate an incident where one was praying in the courtyard of a synagogue where others were conversing, and he was told by the rabbi that it would be better that he pray at home than possibly overhear the others’ private conversation.

And aside from potentially violating some of these specific laws, listening in to others would transgress the general mitzvah of loving your friend as yourself, which is also defined as not doing unto others what you wouldn’t want done to you.

Based on the above, it is clear that listening in to, never mind recording, other people’s private conversations is problematic for a number of reasons. The question that remains, however, is whether one is permitted to record his own conversations without the knowledge of the other party, or is one party’s consent enough?

Listening to Protect from Financial or Physical Injury

As we explained, under ordinary circumstances, one cannot listen in to other people’s private conversations. However, with regard to Rabbeinu Gersom’s ban on reading private letters, if you know that by looking at the contents you will be able to prevent physical or spiritual harm, many permit you to do so. Based on this, many hold that the same would apply to listening in to a private conversation. They stress, however, that it would only be permitted if there is near certainty that the conversation is problematic; a “small suspicion” would not suffice to permit it.

Recording Your Own Conversations Without Consent of Other

Some contemporary rabbis hold that one is not allowed to record his own private conversations without the consent of the other party. There is a fear that once the conversation is recorded, even if it were only recorded for one’s own private use, it can eventually become public (as often happens) and cause harm. They differentiate between writing down and transcribing a conversation, which is permitted, and actually recording it, since when one hears a recording it is as if he is hearing the person himself talking. An additional concern is that many times the person would have said things differently had he known that he was being recorded for posterity.

Others, however, are of the opinion that while it may not be the completely proper thing, one is nevertheless technically permitted to do so.

So, as we explained, under ordinary circumstances one shouldn’t listen in to, never mind record, other people’s conversations. Therefore, to have a device constantly recording on the off chance that the recording would be needed in the future is problematic. However, if it is known that in a specific situation doing so would prevent physical, financial or spiritual injury, then, especially when you are party to the conversation, it would be permitted.