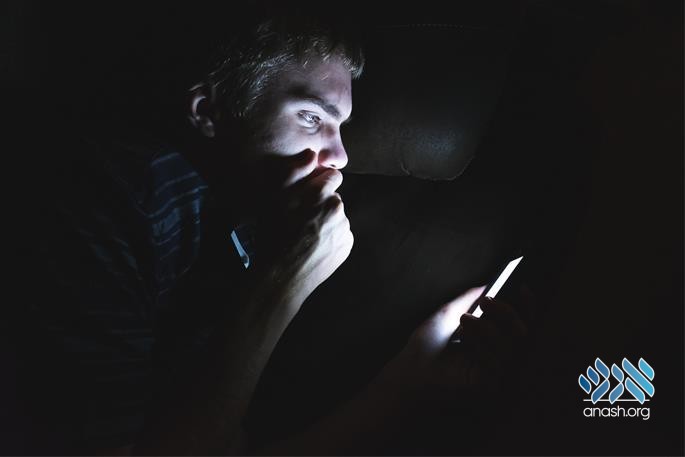 “My son is a budding adolescent who just got a phone and is discovering the world of social media but I do not think he is old and wise enough to navigate it on his own.“

By Yehuda Shurpin for Chabad.org

Can I secretly gain entry to his accounts and monitor his communications?

From your question it seems that you are aware of the pitfalls of social media, and are simply asking about the ethical aspect—whether it is wrong to read the private communication of a minor under your care.

Ultimately, the goal isn’t to catch wrongdoing; it is to prevent improper behavior from occurring in the first place. So I wonder whether secretly observing will be effective, since if you discover any impropriety, it will be only after it happens. Additionally, some experts warn that there are instances when going behind the back of the child without his knowledge can potentially have a negative impact in and of itself, if the child finds out. Obviously every situation and child is different, but all angles and outcomes need to be considered when approaching the extremely important task of ensuring that if we do let our children be on the Internet and social media (a separate discussion!), it is done in a physically, emotionally and spiritually safe way.

There is no question that parents not only are allowed, but have a responsibility and obligation, to keep an eye on what their children are doing. This obviously includes what they are doing on the Internet, to be aware of what they are reading and what influences are entering their minds.

When it comes to social media, however, there is an additional question. Within social media, there are usually two (or more) people communicating with each other. So while there may not be such an issue with keeping an eye on your own child’s actions and reading what he himself writes (again, this article isn’t about how one should go about this from a parenting perspective), reading someone else’s communications to them is potentially problematic.

The Ban of Rabbeinu Gershom

Perhaps the earliest prominent rabbi of Ashkenazic Jewry was Rabbeinu Gershom (c. 960–1040 CE), who is known for enacting several bans and communal regulations, such as forbidding polygamy (among Ashkenazim). One of his better-known bans is “not to look at a letter that one friend has sent to another, without his knowledge. If it was discarded, it is permitted.”

Some of the reasons given for this ban are:

Unlike some of Rabbeinu Gershom’s other enactments, which were only for Ashkenazic Jewry, this one was accepted by all Jews and is considered binding for both Sefardic and Ashkenazic Jews.

If the reason for this ban is that reading private correspondence is akin to stealing (the second reason mentioned above), then reading the communications of your child, who is a member of your household and under your care, would be permitted.

The reasoning behind this is the general rule that when one gives an item for safekeeping to your child, he is at least implicitly giving it into your care as well.

Of course, one can argue that especially in an instance where someone was communicating improperly or potentially harmful or negative things with the child, he specifically doesn’t give permission or want you (or anyone else) to see the communications.

Thus, it would almost be like a Catch-22: in an instance when you feel it is more critical to read your child’s communications, that would be an instance when the assumption is that you can’t read it!

Many point out that the whole point of Rabbeinu Gershom’s enactment was to distance people from potential wrongdoing and impropriety. Thus, it is inconceivable that the enactment was meant to stay in effect even in an instance when that itself would enable and lead to impropriety.

So if it is deemed that seeing the communications or social media is necessary to avoid any harm or impropriety, one would be permitted to look at it. At the same time, it needs to be stressed that even when it is permitted to look at the correspondence, all the rules and restrictions regarding revealing private information still apply.

Furthermore, if there is a way to accomplish the same goal without looking at the correspondence, one should endeavor to take that route.

To illustrate, Rabbi Yaakov Hagiz (1620–1674), in response to the question of reading another’s letter that might result in harm or shame to someone if it would reach its intended recipient, replied: “If you open it, you may transgress the enactment [of Rabbeinu Gershom]; if you give it to the recipient, it may cause damage; if you return it to the sender, they may just send another letter. Thus, there is no other recourse but to destroy the letter and throw it to the wind or into the sea.”

It is clear that only in a case of great need should one “disregard” the ban of looking at other people’s correspondence or invading their privacy.

Published with permission from Chabad.org