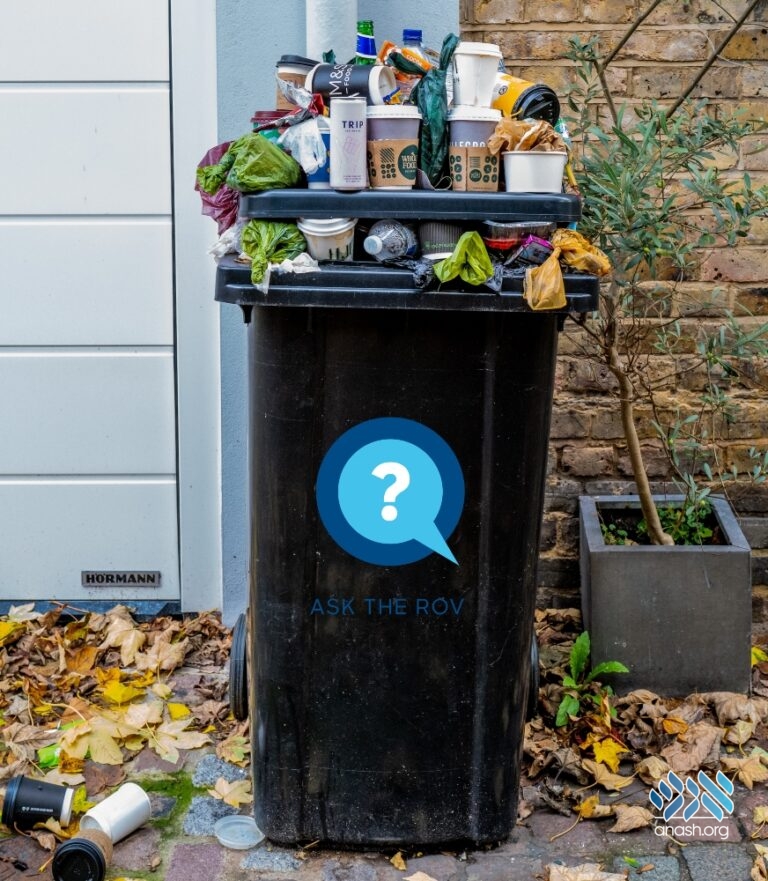 Ask the Rov: Can I throw chametz in the garbage bin on Erev Pesach and leave it by the street until the pickup, which arrives after the zman of biyur chometz?

During Pesach, it’s prohibited to own chametz; min haTorah this applies to the volume of a kezayis, while mid’rabanan one may not possess even a smaller piece that is edible. One may not possess it even for a moment, and every extra moment is an additional transgression (unless he is actively in the process of removing it).1

The Rosh writes that Yidden are holy and go beyond the letter of the law, to scrape away even the smallest crumbs of chametz.2 For this reason, one should clean even the garbage cans in the house so that they shouldn’t have any chametz crumbs. However, public garbage cans are city property, and even if they are situated in one’s private property, there is no obligation to clean them from chametz.3

What about placing chametz garbage in a garbage can where it will remain after the time of biur chametz?

When one places chametz in the garbage, it’s clearly evident that he isn’t interested in the chametz and has made it hefker (ownerless), even if it is still edible. Yet, Chazal require that besides for disowning chametz, one must also take it out to public property, to preclude the concern that one may come to eat it.4 Although it isn’t likely that one will eat the chametz in the garbage can, the requirement still stands.