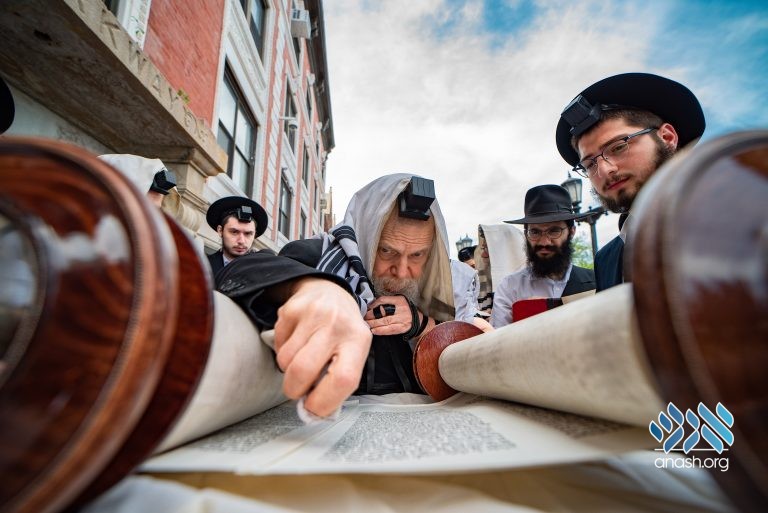 On the Shabbos before Gimmel Tammuz, chassidim customarily get an aliya to the Torah. Can someone who is distancing also get an aliya?

On the Shabbos before Gimmel Tammuz, chassidim customarily get an aliya to the Torah, following the instructions given by the Rebbe in connection with the Frierdiker Rebbe’s yahrtzeit on Yud Shvat.

Some people – especially older or at risk – are making sure to keep a distance from others. Is there any way for them to get an aliya on this Shabbos?

In a detailed teshuva written by Harav Gedalya Oberlander, rov of Heichal Menachem in Monsey and member of Vaad Rabbonei Lubavitch, he argues that one could get an aliya from a distance, without approaching the Torah.

The original takana for aliyos was that each person getting the aliya would read his portion from the Torah. As the generations progressed, and many were unable to read the Torah themselves, a baal korei was appointed to read aloud instead of the one getting the aliya

Poskim are divided as to whether the oleh must be able to read along. The accepted halacha is that even one who cannot read from the Torah may get an aliya, including one who is blind and cannot see the Torah at all.

What about standing at a distance from the Torah?

Harav Oberlander draws a proof from the practice on Simchas Torah in 770 when everyone gets an aliya, and many join and recite the brachos from a distance. He, therefore, concludes that someone standing far from the Torah may also receive an aliya.