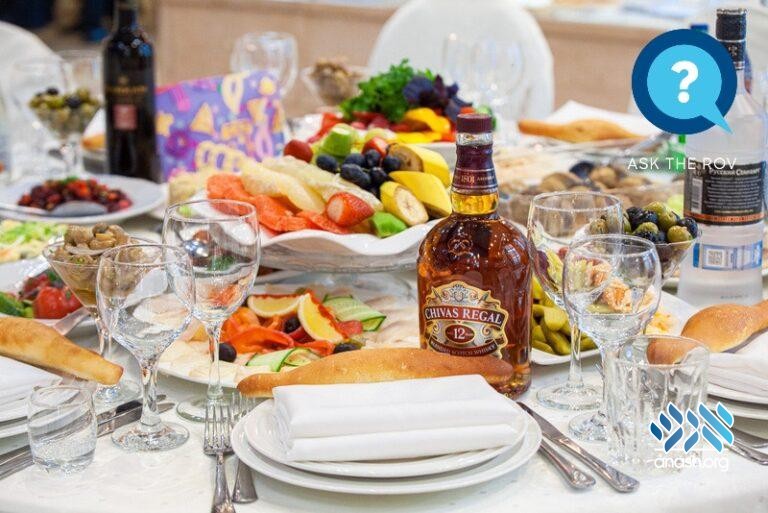 Ask the Rov: In a year like this when Purim falls on Friday, when is the proper time to begin my Purim seuda? What should I do if my seuda extends into Shabbos?

Generally, a large celebratory meal, even for a mitzva, may not be held on Friday, unless it must be held that day – such as a bris – in which case it should begin at least three seasonal hours before sunset (see issue 551). When Purim falls on Friday, Rema rules to hold the seuda in the morning, and in any case, to start the seuda before the tenth hour.

If one didn’t have a chance earlier, the seuda may be held even close to Shabbos. However, one must stop eating and drinking by sunset, when the time for kiddush arrives. Chazal forbade even a sip of water prior to kiddush (unlike other mitzvos where only a meal may not be eaten beforehand), since the ideal time for kiddush is at the start of its time frame, close to the onset of Shabbos.

There is a halachic method by which a meal already in progress when Shabbos begins can continue after interrupting to make kiddush. Since kiddush was primarily ordained to be recited before the Shabbos meal, one must spread a cloth over the bread (pores mapa) to introduce it after kiddush in honor of Shabbos.

If one already recited hagafen over wine during the first segment of the meal, the hagafen in kiddush should be omitted. However, there is a difference of opinion whether a new hamotzi must be recited over the challa, since kiddush may constitute a hefsek. In practice, due to the doubt, one does not repeat hamotzi, though lechem mishneh should be held. Still, a baal nefesh should ideally avoid this doubtful situation by bentching before sunset, the time for kiddush.

When bentching after the conclusion of the seuda during the night, there is discussion whether both v’al hanisim and r’tzei are recited, since they are somewhat of a contradiction (it can’t be both Shabbos and Purim). In practice, if one ate a kezayis of bread after nightfall, he should say both. Otherwise, he recites only v’al hanisim.

According to kabbala, pores mapa isn’t preferred as it distorts the proper order of the mitzvos. The Rebbe Rashab and Frierdiker Rebbe thus personally refrained from practicing pores mapa, but allowed it to be done by their farbrengens that continued into Friday night, to enable continued l’chaim. This was the case by many of the Rebbe’s farbrengens as well, where one of the chassidim would be motzi the congregation with kiddush with the Rebbe’s encouragement, while the Rebbe himself wasn’t yotzei. After some confusion regarding the procedure ensued at the farbrengen on the second day of Rosh Hashana 5744, the Rebbe discontinued the practice, and referred to it in 5748 as “this practice was ceased in Chabad.”